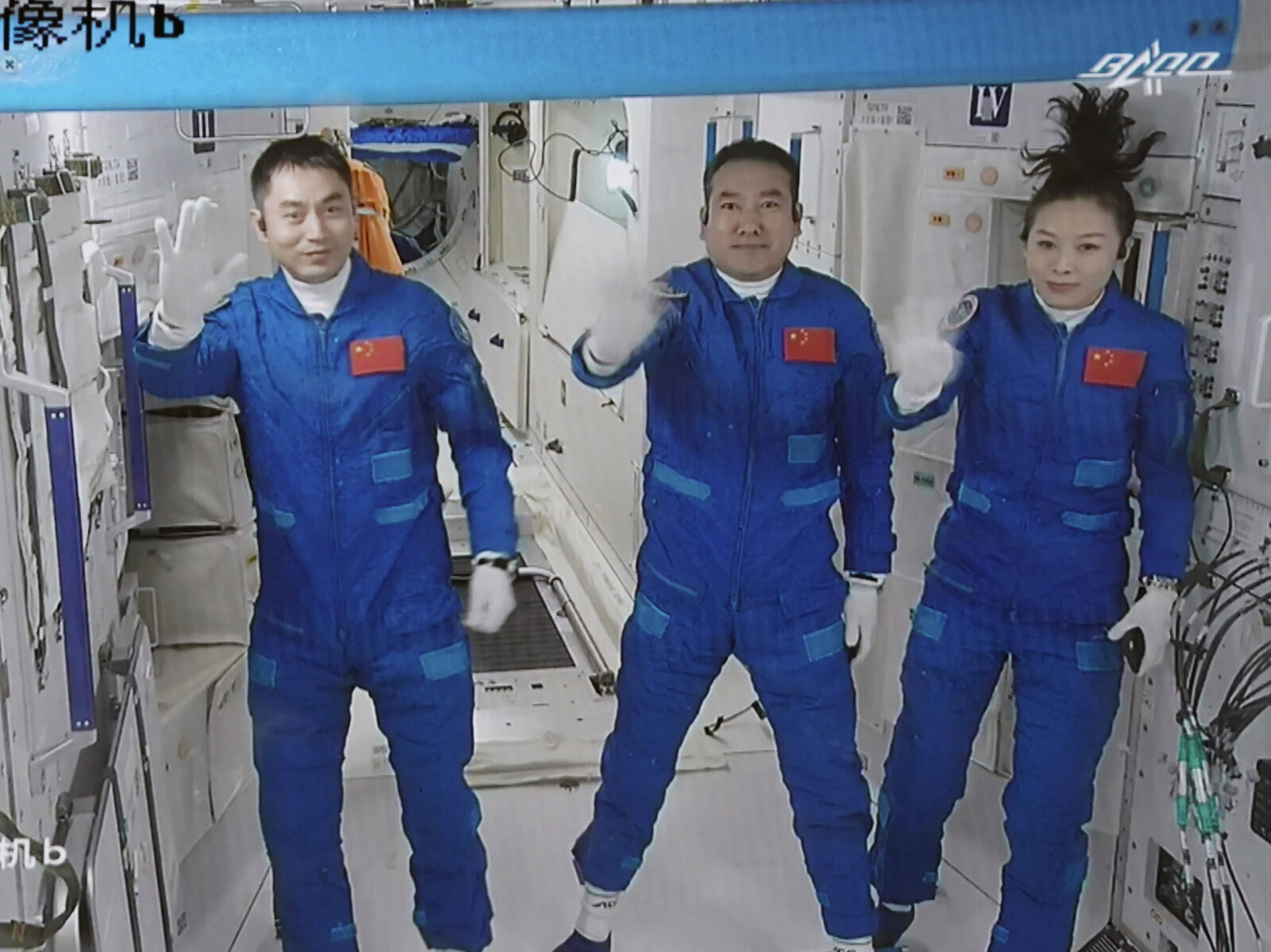 Three Chinese astronauts have docked with their space station the Tiangong

Three “Taikonauts” the Chinese term for “astronaut” have docked with the Tiangong space station to begin a six month fitting mission to make the space station fully operational.

The Taikonauts are Zhai Zhigang, 55, Ye Guangfu, 41, and  Wang Yapin, 41, who is the first Chinese woman to board the Tiangong space station, and is expected to become China’s first female spacewalker.

The three blasted off from earth aboard the Shenzhou-13 spacecraft on a Long March-2F rocket at 12:23 a.m. Saturday and docked with the Tianhe core module of the space station at 6:56 a.m. According to the Chinese Manned Space Agency the crew entered the main module at 10.00am where they were seen floating around in a live streamed video.

Wang Yapin speaking: “We’ll co-operate with each other, carefully conduct manoeuvres, and try to accomplish all tasks successfully in this round of exploration of the universe.” They are the second crew to board the Tiangong which was launched in April 2020. The first crew stayed three months.

The mission’s launch was seen off by a military band and supporters singing “Ode to the Motherland,” underscoring national pride in the space program, which has accelerated over the past decade.

The crew will do three spacewalks to install equipment in preparation for expanding the station, assess living conditions in the Tianhe module, and conduct experiments in space medicine and other fields.

China’s military-run space program plans to send multiple crews to the station over the next two years to make it fully functional.

When completed with the addition of two more sections — named Mengtian and Wentian — the station will weigh about 66 tons, much smaller than the International Space Station, which launched its first module in 1998 and weighs around 450 tons.

Chinese Foreign Ministry spokesperson Zhao Lijian said sending humans into space was a “common cause of mankind.” China would “continue to extend the depth and breadth of international cooperation and exchanges” in crewed spaceflight and “make positive contributions to the exploration of the mysteries of the universe.”