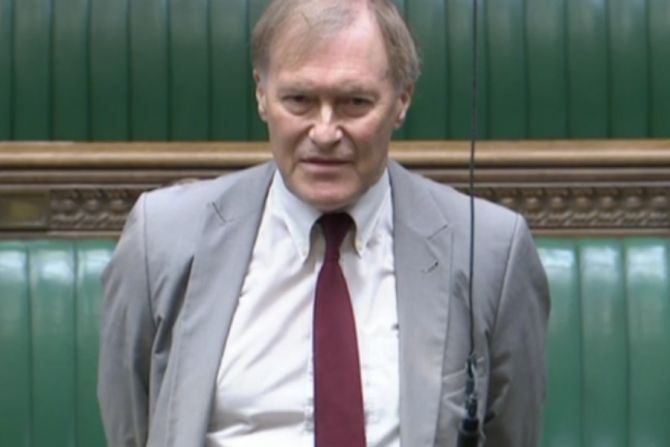 The British law maker died after multiple stab wounds while listening to his constituents in Belfairs Methodist Church in south east England. The 69 year old Conservative who had been in Parliament since 1983 was a devout Catholic, an advocate for Catholic education, animal rights, Life and Marriage.

A 25 year old Somali is now in Scotland Yard’s custody and undergoing interrogation.

British Prime Minister Boris Johnson expressed shock at the brutal murder saying: ” David had an outstanding record of passing laws to help the most vulnerable.”

Primate of the English and Welsh Catholic Church Cardinal Vincent Nichols: “David carried out his vocation as a Catholic in public life with generosity and integrity. He served in Parliament for four decades and was respected by all political parties across the House. His untimely death is a great loss.”

“Sir David’s death is a senseless tragedy and he will be truly missed. Our thoughts and prayers are with his wife Julia and their five children,” said Catherine Robinson, spokesperson for Right To Life UK.

“Since he was elected in 1983, he always, where possible, used his position as an MP to stand up for the vulnerable, including championing initiatives to introduce more protections for unborn babies and more support for women facing crisis pregnancies. Everyone who worked with Sir David knew him to be a kind, caring and jovial man, who showed real care for the most vulnerable in our society.”

Southend resident Melanie Harris left a card at the scene that read: “What has the world come to? What a senseless waste of a charming, witty and kind and gentle soul who deserved a lot more than to be snatched from life.”

“You were always a pleasure to speak to. Thank you for restoring my faith in politicians.”

All UK newspapers are claiming on their front pages that the stabbing of David Amess was an assault on democracy and calls are increasing for MPs to have armed police escorts.