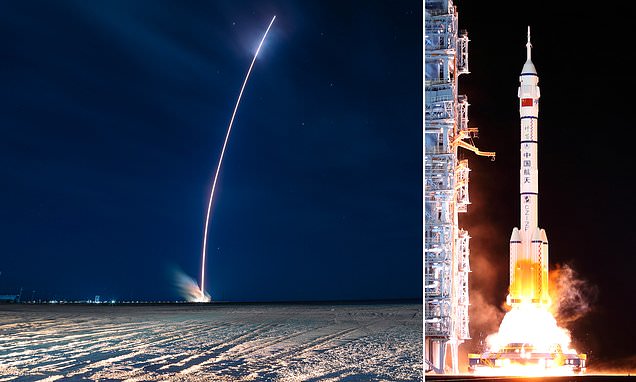 Scary weapon flies at 21,000mph circles in low orbit before striking anywhere on the planet in minutes.

According to reports in the British broadsheet the Financial Times. China has secretly tested a hypersonic missile which orbited the earth before returning to strike a target in a technological innovation that will overwhelm United States anti-ballistic weapons systems.

The deadly missile could fly at 21,000mph and its launch caught the AUKUS intelligence services sleeping. Sources say: “China has made astonishing progress on the development of hypersonic weapons.”

“We have no idea how they did this.” An intelligence source told the FT.

The hypersonic missile known as D-17 will be able to overcome US missile defences that are based in Alaska and set up to shoot down missiles coming down the North Pole. The Chinese will strike from the south.

This new development comes as the heightened tensions between the US and China in the South China sea and the Taiwan issue continue to escalate.

The Pentagon did not comment on the launch but Jack Kirby the spokesperson for the Pentagon said: “We have made clear our concerns about the military capabilities China continues to pursue, capabilities that only increases tensions in the region and beyond.”

Chinese state media Global Times in an op-ed editorial said: “If the FT report is to be believed, it means that there is a key new member in China’s nuclear deterrence system, a new blow to the US mentality of strategic superiority over China.”

Other sources claim Western intelligence were hoodwinked. The Chinese carried out the test under the cover of preparations of its launch of a space crew to its space station.

The test was carried out from the Jiuquan Satellite Launch Centre in north west Gansu province.