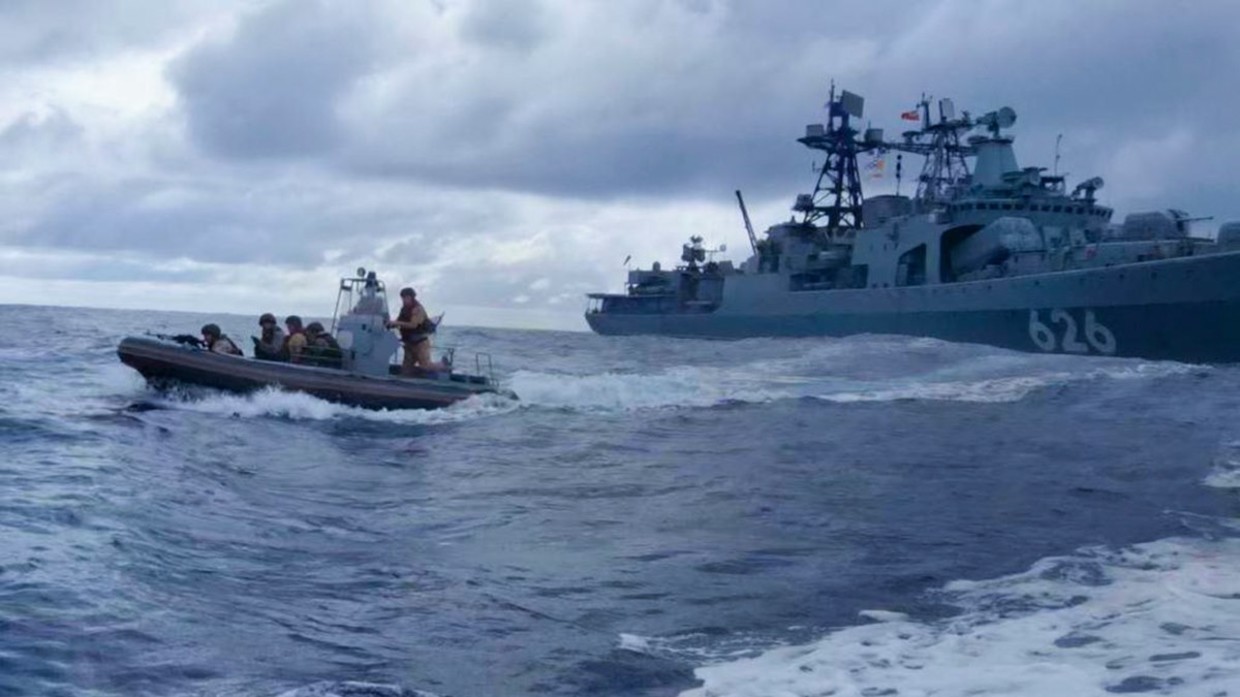 A Russian Navy missile destroyer the Vice-Admiral Kulakov yesterday at 1.00pm local time chased off unknown pirates that were about to hijack the MSC Lucia off the Nigerian coast. The Lucia a Panamanian flagged cargo ship was on its way to Togo from the Agbami Terminal in Nigeria when armed pirates boarded the vessel. The crew members sent out a distress signal and the Russian destroyer which was in the Gulf of Guinea to conduct maritime security operations responded.

A Ka-27PS helicopter was launched with Russian marines on board. According to a Russian Defence Ministry statement: “The pirates left the ship, got into a fast boat and headed towards the coast at full speed.” The marines landed and secured the ship.

The destroyer arrived into the Gulf of Guinea on October 11 for a three-week anti-piracy patrol. It has already prevented the seizure of another Panama-flagged vessel. Most of the world shipping vessels are registered under the Panamanian flag taking advantage of that country’s maritime regulations.

The Kulakov is accompanied by the tanker Academic Pashin and rescue tug Altai sailing more than 20,000 nautical miles from their home port of Severomorsk in northern Russia.