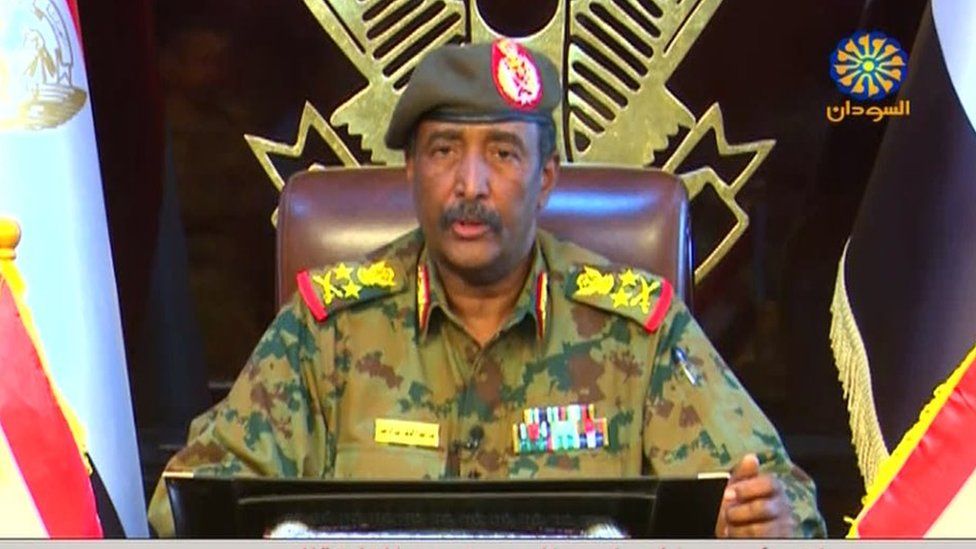 The Biden Administration has suspended $700 million in emergency aid to Sudan following a bloody coup. The aid was intended to support the country’s democratic process.

Observers claim the suspension of the aid will increase deprivation in Sudan following the coronavirus pandemic. Sudan military and civilian leaders had been in a power sharing agreement since the former dictator Omar Hassan al Bashir was chased from power in 2019. The arrangement consisted of a five member collective presidency and a prime minister.

Then on Monday, Lieutenant- General Abdel Fattah al-Burhan commander in chief of the Sudanese armed forces held a press conferenc to announce; “This is a new Sudan. We call on everybody to come together to develop and build the country.”

News of the ouster and arrest of the erstwhile prime minister Abdalla Hamdock brought protesters out in the capital Khartoum. With protesters blocking roads and burning tires the army responded with live ammunition killing seven people and injuring a 140 others. A Sudanese health official told Reuters.

The internet was shut off and people now fear a return to the dark days of repression. The United States had removed Sudan from a list of state sponsors of terrorism last year and over the weekend sent an envoy Jeffrey Feltman to Khartoum to discourage al- Burhan from seizing power. Three hours after Feltman left the military struck.

The new Sudanese leader al-Burhan has promised free and fair elections in July 2023 and the United Nations will hold an emergency session to assess the situation.