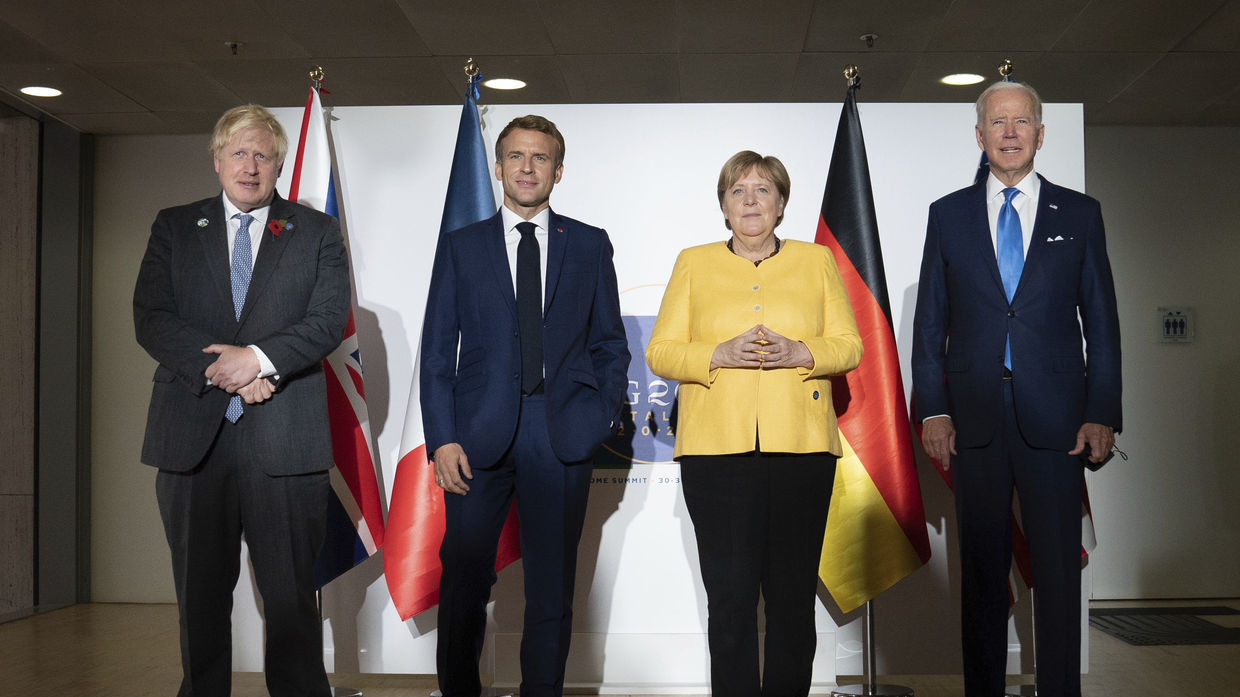 Four Western powers urge Iran to return to the nuclear accord

“We expressed our determination to ensure that Iran can never develop or acquire a nuclear weapon and shared our grave and growing concern that, while Iran halted negotiations on a return to the Joint Comprehensive Plan of Action (JCPOA) since June, it has accelerated the pace of provocative nuclear steps,” the statement revealed, arguing that Iran has “no credible civilian need” for the production of “highly enriched uranium.”

The four leaders also agreed to continue working with Russia, China and the European Union as part of the JCPOA framework.

The statement praised Biden’s “clearly demonstrated commitment to return the U.S. to full compliance with the JCPOA”as long as “Iran does the same,” and urged Raisi to think of “Iran’s economic growth” should the country return to the nuclear deal and have sanctions against it dropped.

“We call upon President Raisi to seize this opportunity and return to a good faith effort to conclude our negotiations as a matter of urgency,” the world leaders concluded, warning it “is the only sure way to avoid a dangerous escalation, which is not in any country’s interest.”

Iran on the other hand has said it will return to the negotiating table at the end of November.