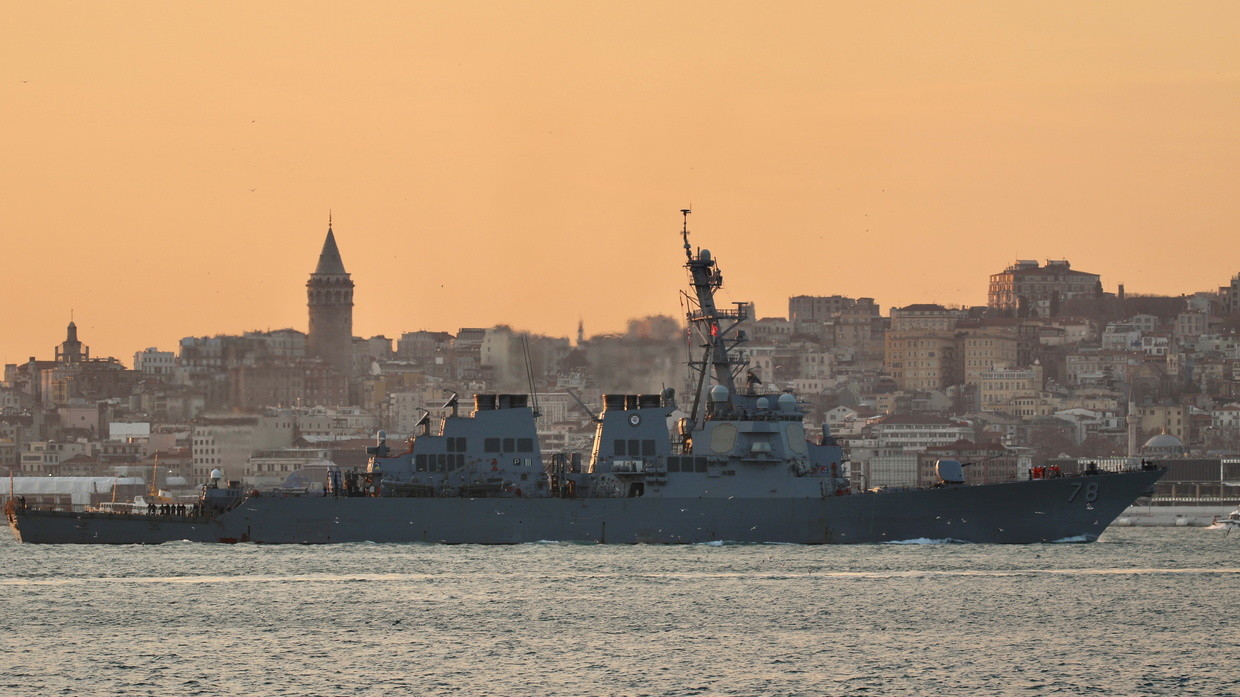 On the sidelines of the G20 summit in Rome Italy, the Russian foreign minister Sergei Lavrov has called the deployment of the United States Navy guided missile destroyer the USS Porter a growing pattern of consistent confrontational military policy towards Russia.

Lavrov criticised the deployment of the ship thousands of miles away from its home port in Rota Spain to the proximity of Russia’s borders.

“The demonstration of the US Navy flag in the Black Sea is not an isolated incident. There were several times when the United States explicitly explained the need for its warships to enter this waterway to ‘contain’ Russia,” Lavrov told reporters.

Such behaviour is not “adding to stability” in the region, the Russian foreign minister stressed. The US Navy’s mission comes as part of the consistent policy, pursued by Washington, “to push the coastal Black Sea countries, which are members of NATO, to pursue a confrontational policy” toward Russia, the minister added.

The USS Porter entered the Black Sea on Saturday after sailing from its home port of Rota in Spain. Its is permanently forward deployed as part of the NATO missile defence system. Russian military say they are currently monitoring the destroyer and this warning comes after the Royal Navy destroyer HMS Defender came under Russian warning fires back in June. The British ship had strayed into Russian maritime waters near Crimea.