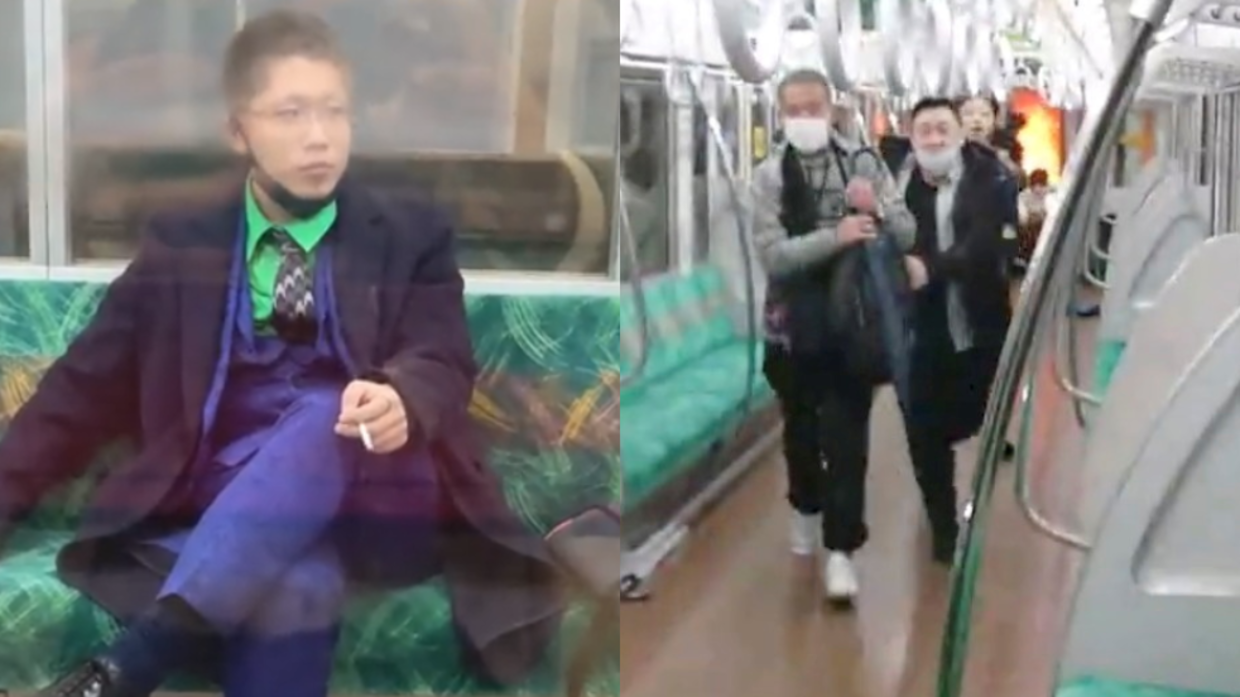 Police and witnesses say 17 people were injured in a stabbing spree on a busy Tokyo subway train. The suspect, who also set a fire on board the train, was reportedly dressed as Batman’s ‘Joker’.

The 24-year-old suspect was arrested on Sunday night after allegedly stabbing 17 people on a train heading toward Shinjuku, the world’s busiest train station. The Tokyo Fire Department told AP that three of the 17 victims were seriously injured. The suspect also doused parts of the train car with a flammable liquid and set it on fire, Japanese state-owned news organization NHK reported, citing witnesses.

Witnesses described the suspect as dressed in the purple suit and green shirt of ‘The Joker’, a villain from the Batman comic books. Several photos and videos shared by Japanese Twitter users purportedly showed the knife-wielding suspect smoking a cigarette on the train carriage shortly before his arrest.

The suspect reportedly told police that he wanted to commit murder and be sentenced to death, and that he drew inspiration from a previous train stabbing case, AP reported, citing Nippon Television.

The Halloween rampage came two weeks after a 45-year-old man was arrested for stabbing two men at Tokyo’s Ueno Station. Both victims were hospitalized and the suspect – who was reportedly “rambling incoherently” and carrying a bloody knife – was soon apprehended by police.Back in August, a 36-year-old man stabbed 10 passengers on a commuter train in suburban Tokyo, before fleeing the scene. He was arrested shortly afterwards, and according to NHK, told police that he wanted to murder women who “looked happy.”