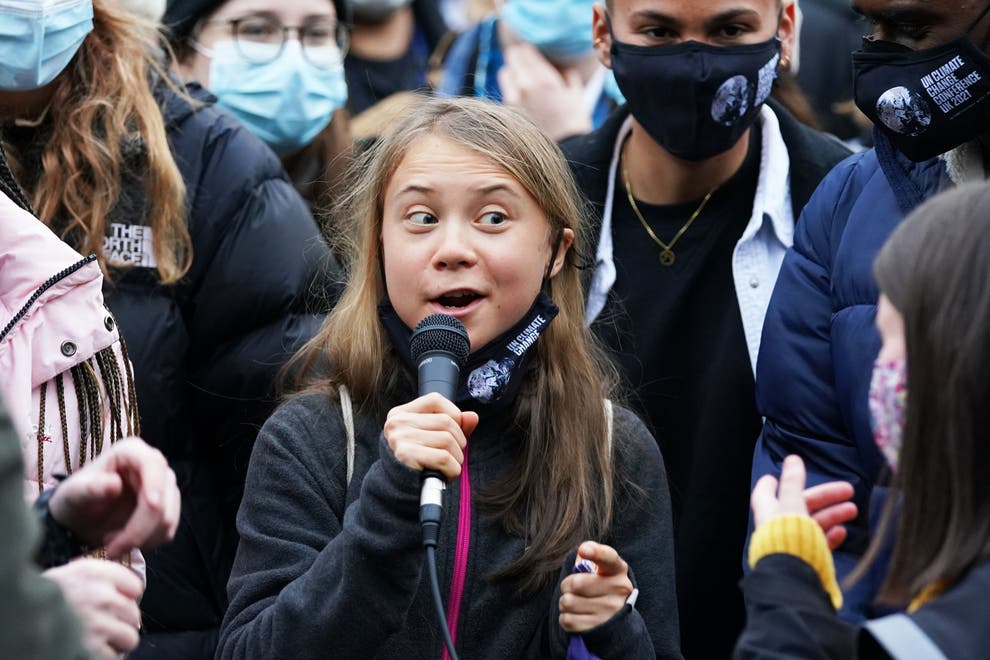 The 18 year old activist told supporters at Glasgow Festival Park Monday afternoon that change “would not come” from politicians at the summit but from individuals showing leadership. The crowd clapped and cheered as, speaking through a microphone, she slammed politicians for “pretending to take our future seriously.”

“Change is not going to come from inside there. That is not leadership, this is leadership. This is what leadership looks like.

“We say no more blah blah blah, no more exploitation of people and nature and the planet.

“No more exploitation, no more blah blah blah. No more whatever the f*** they’re doing inside there.

“We are sick and tired of it and we’re going to make the change, whether they like it or not.

“This has been going on for too long, and we’re not going to let them get away anymore – we are not, because who are we?”

The crowd responded: “Fridays for future.”

She then asked the crowd: “What do we want?”

Over 120 dignitaries and heads of state are set to attend the UN event which has been billed as vital in stopping climate change and rising global temperatures. Leaders of Russia, China and Turkey are absent.