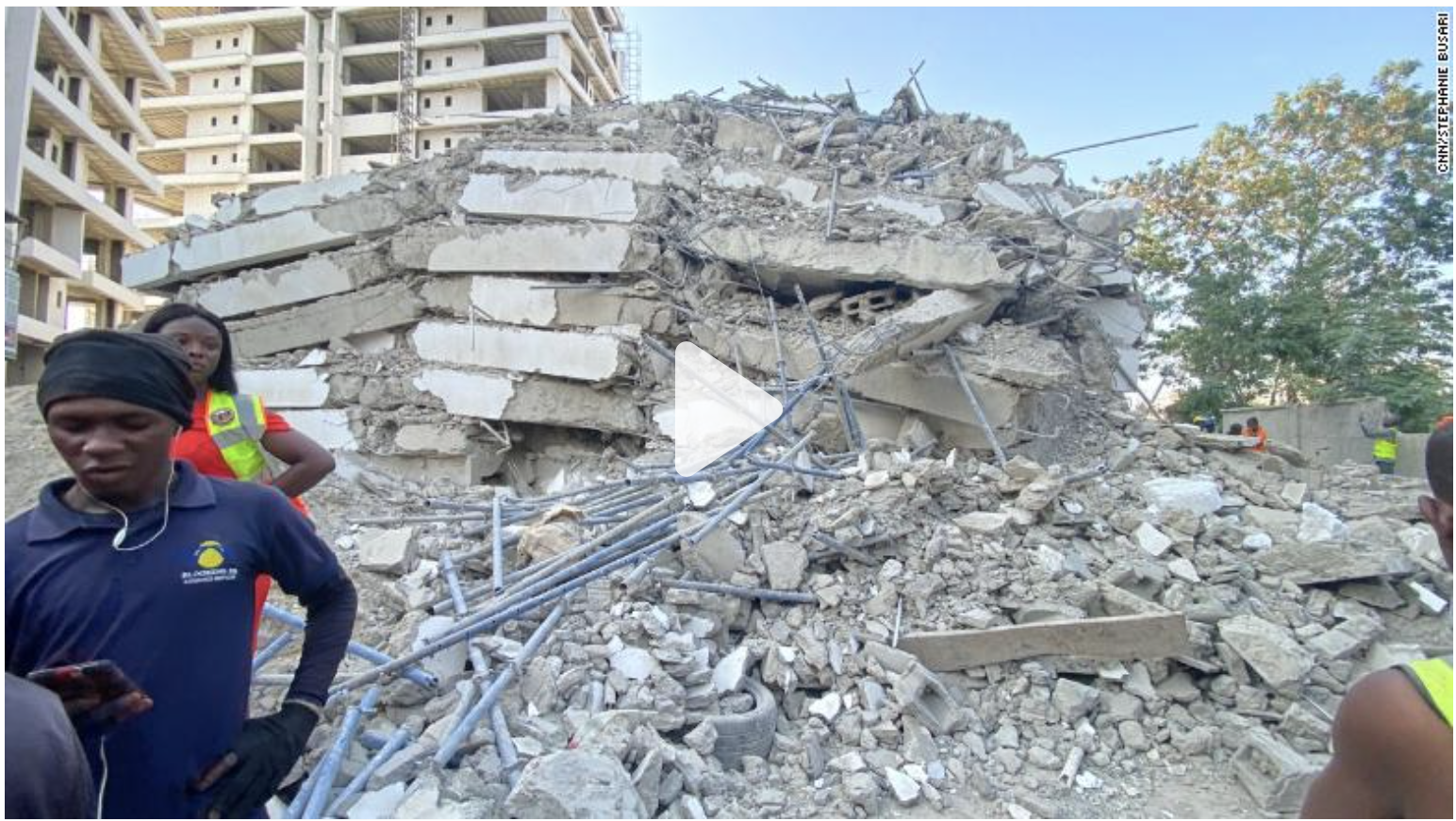 A building being constructed suffered structural failure and collapsed on the developer and builders in the upper class neighbourhood of Ikoyi today.

The developer Mr Femi Osibona a high flying developer is reported to have died in the building collapse. Osibona is reputed to have developed several high brow buildings in the area. Osibona, the MD of Fourscore Homes, built 360 Degrees Towers – three high rise buildings of fifteen floors and often referred to as Luxury in the Sky and the Shalom Apartments in Ikoyi, among other projects in Lagos and the United Kingdom, where he was celebrated as the first African developer to raise a 7-Storey building at 113, Albion Drive, London Fields, E8, 4LZ, in East London. He was reportedly on a visit to the site of another of his big projects- the Gerrard Terraces collapsed on him.

The building had been under construction for two years. Before the collapse the company handling the structural engineering of the site had written to Osibona. In the letter dated 20th February 2020 and titled RE: PROPOSED GERRARD TERRACES FOR FOURSCORE LIMITED, Muritala Olawale the Managing Director of Prowess Engineering Limited wrote that his firm was withdrawing from “structural consultancy on the above named project” due to no “concrete tube results for each stage of the building till date.”

Fifty-year-old Osibona a native of Ikenne, in Ogun State had studied Business and Finance at Croydon University in the United Kingdom. In an interview he boasted he was once a shoe seller before he ventured into building development and had built over 50 projects in London.

The late Osibona, who started his real estate business in London, in 1997, also built the Fourscore Mansions in Waterkloof, Pretoria, South Africa.