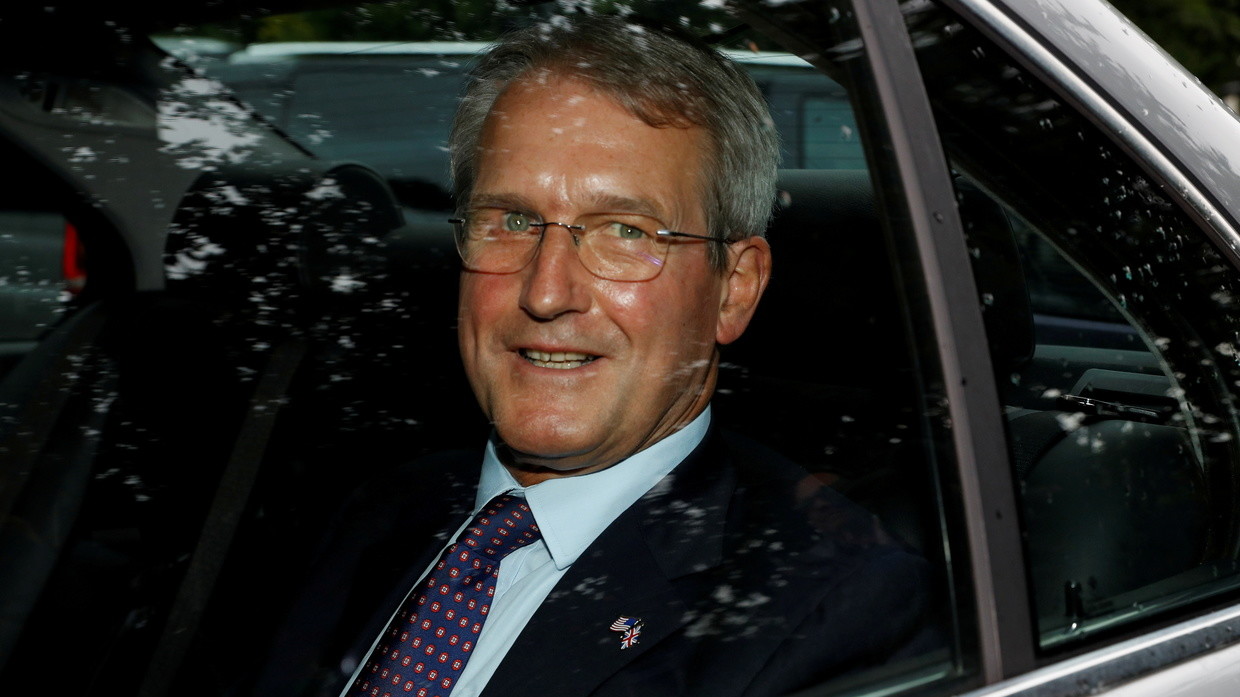 In a Twitter statement Thursday the North Shropshire MP Owen Paterson resigned abruptly from Parliament after pressure from his children barely a year after his wife committed suicide.

The embattled MP had been swirling in a milk and pork controversy after it was discovered he had sent dozens of emails to the Food Standards Agency on behalf of two companies he was consulting for. The two companies were Randox a company that tests for illegal substances and Lynn’s Foods a company that sells pork products.

The MP was paid £500,000 for his work which including sending dozens of emails to the FSA on behalf of Randox, boasting of the company’s ‘superior technology’, declaring that ‘current systems’ for testing milk ‘miss certain illegal products which Randox can detect’. Therefore the FSA needs Randox superior technology to save British milk.

On another occasion he sent series of emails to the FSA over a rival meat company Kerry’s claim that its ‘all-naturally cured’ ham was not chemical-free but contained carcinogenic nitrite. He requested the FSA to send a letter to Kerry’s and the “trade press” which will be shared with Lynn’s  which was a ploy to ‘warn’ them ‘not to use this form of additive/technology in future’.

With his spam emails he was discovered to have breach parliamentary rules. In the first instance he was found not to be blowing the whistle but acting like a salesman for Randox and in the pork case he was seen as a public relations consultant by bad mouthing a rival company’s product in favour of the company paying him consultancy fees.

Just last week the Commons Standard Committee concluded that he had misused his position and was recommended that he be suspended for 30 days.