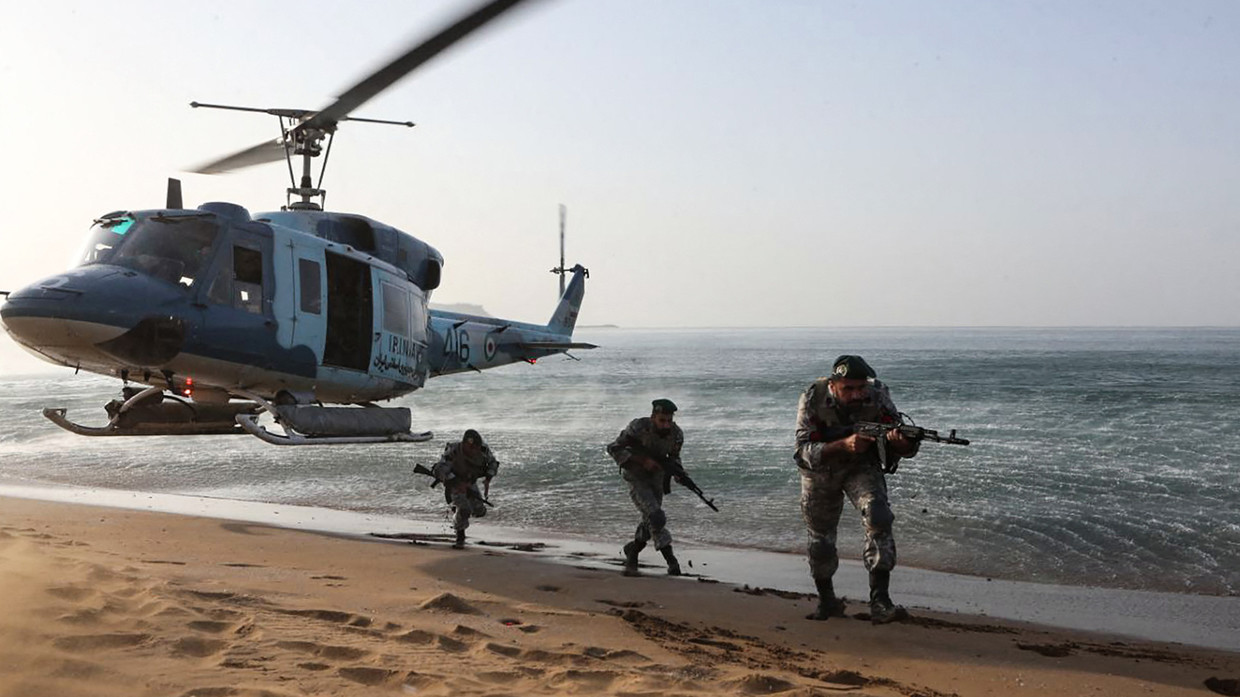 Iranian Revolutionary Guard Commander Major General Gholam Ali Rashid, said Iranian forces were “always ready for a strategic, operational and tactical confrontation” in defense against the US and Israel.

The exercise which includes manoeuvres in the Persian Gulf leading into the bottleneck of the Strait of Hormuz and the Indian Ocean is aimed at repulsing American and Israeli aggression. The exercise is taking place ahead of the meeting of negotiators of the 2015 international nuclear deal, known as the Joint Comprehensive Plan of Action (JCPOA), which limits the Iranian nuclear program in exchange for lifting foreign sanctions. The negotiations are expected to resume on November 29 in Vienna.

Iranian media reported that the air force F-4 fighter bombers were dropping simulated bomb strikes on targets in the Gulf in co-ordination with army regular and special forces troops. While the navy was simulating amphibious and air assaults on Iranian beaches close to the Strait of Hormuz a strategic entry and exist point for half the world’s goods and oil.

At the G-20 summit in Rome, the four Allied Powers the US, UK, France and Germany called on Iran to urgently “return to a good faith effort” to continue negotiations.

Iranian President Ebrahim Raisi spoke on Thursday that the country would not abandon the talks, but would strongly recommend Washington lift sanctions on Tehran.

One thought on “READY FOR US AND ISRAEL”