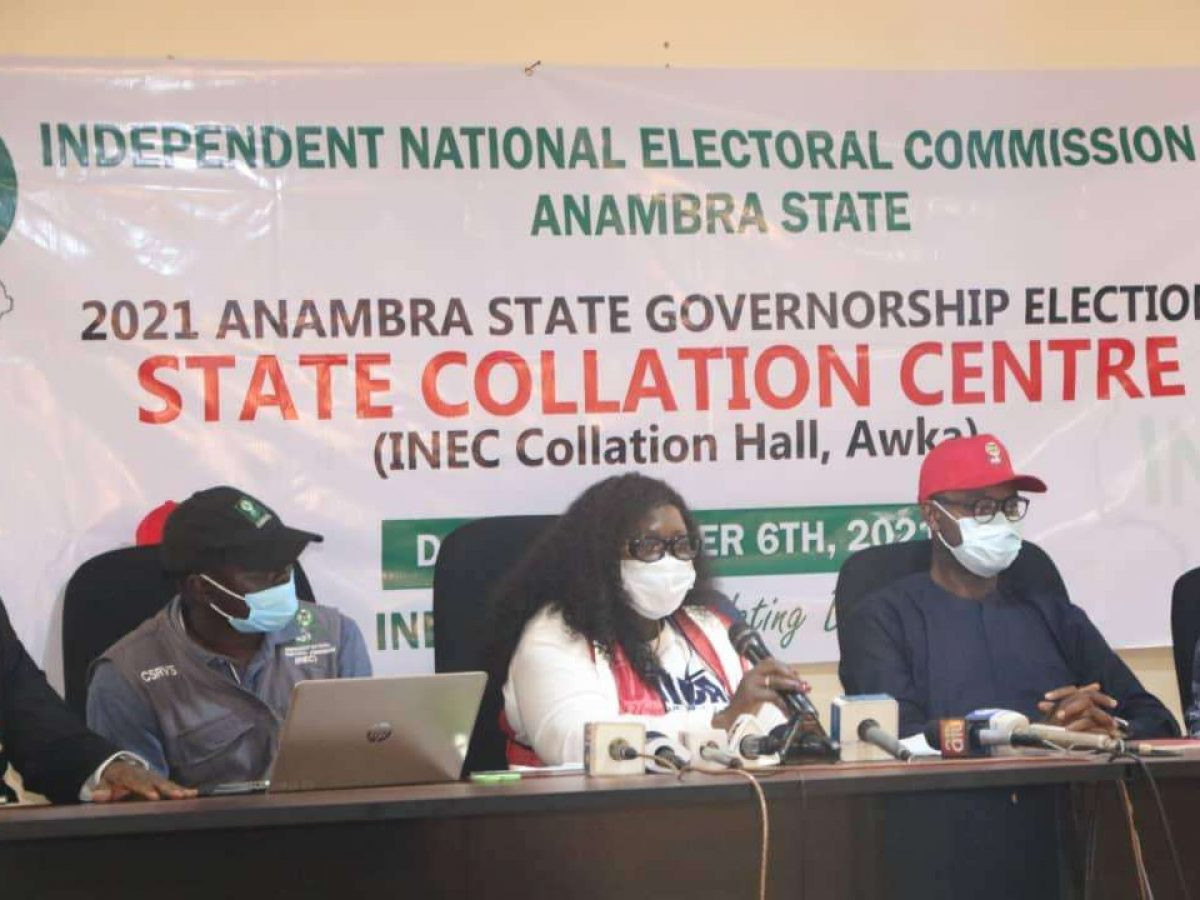 Charles Soludo of APGA projected to win the Governorship Election.

Speaking on Channels TV, He said, “There is a whole state of fear that has been created by the politics of agitation for a separate state in this part of the country.”

“IPOB (Indigenous People of Biafra) has been able to enforce the sit-at-home order over time. So the fear of IPOB has become the beginning of wisdom. We have had a problem with extremely low voter turnout. The voter turnout, I think, if you are scientific in terms of what we are seeing in many local governments, you are actually dealing with less than 25 per cent voter turnout, and this is not really good for our democracy.”

Turnout is reported to be at 25% all across the 21 Local Government Areas of Anambra state.

Meanwhile INEC has declared the results inconclusive. The Returning Officer of Anambra Mrs Florence Obi told newsmen at the Collation centre in the state capital Awka that a supplementary poll will take place on November 9. The poll will be held in Ihiala Local Government area.

Next post RUSSIA NAVY DRILLS IN THE BLACK SEA