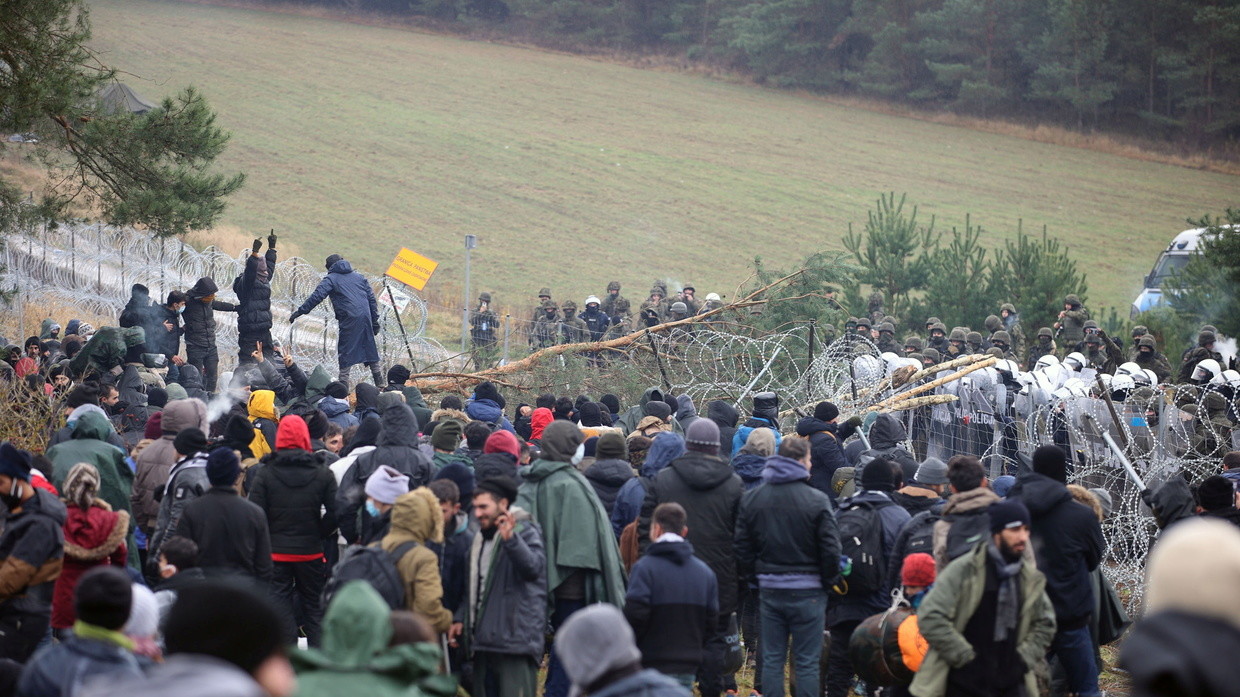 The Polish prime minister Mateusz Morawiecki has accused Vladimir Putin of sending thousands of migrants to the EU border with Belarus.

At a parliamentary session earlier on Tuesday, the Polish PM said Belarus was a tool of Russian neo-imperial policy. Thousands of migrants wanting to cross into the European Union are stuck on the Polish border prevented from entering the EU by Polish army and police forces. With the temperatures dropping as winter begins, Polish guards are using rubber bullets, tear gas and other “unorthodox means” of discouraging the migrants, analysts are chirping this is going to be another humanitarian disaster in the run up to the Christmas season. Several deaths have been reported over the last few days.

Morawiecki also alleged that the migrants are “human shields” sent to “destabilise Poland, the Baltic states and the European Union. The latest attack by Lukashenko, who became an executor, but with Putin as the director in Moscow, shows resolve in the scenario of rebuilding the Russian empire.”

The PM added that the border crisis is not only a “direct use of violence against the Polish state” but also a “staged play.“

The migrant crisis began when the EU slammed sanctions on Belarus and the Belarusian President Alexander Lukanshenko said at the time; “They demand that we protect them from smuggling and drugs. I just want to ask, are you mad? You have unleashed a hybrid war against us and now you demand that we protect you as we did before.” Shortly after, migrants began appearing on the the EU border and Lukashenko was accused of flying in migrants from Iraq and Afghanistan.

Russian foreign minister Sergei Lavrov at a press conference after speaking with Vatican officials said; “Yesterday, at a political science discussion, the question was asked why, when refugees were coming through Turkey, did the EU allocate funds to enable them to stay in Turkey? Why is it impossible to help the Belarusians in this way?”

“The main responsibility for resolving the migrant crisis lies with those who made it possible for the crisis to start in the first place.” Lavrov asserted.