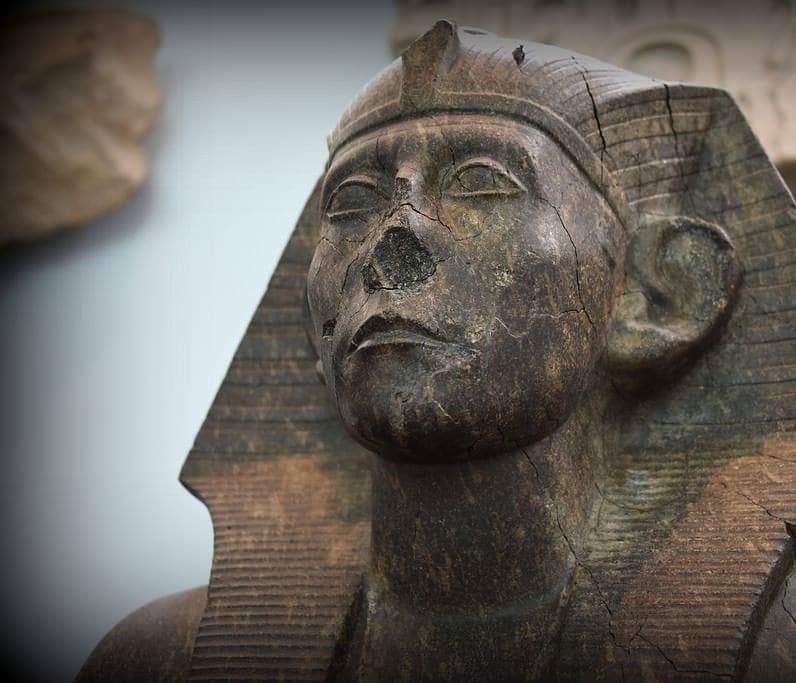 Curator Edward Bleiberg of the Brooklyn Museum’s Egyptian art galleries research into the issue of why many pharaonic statues and flat reliefs had broken and defaced features became the subject of an art exhibition. “Striking Power: Iconoclasm in Ancient Egypt.”

The exhibition held last year, showcased statues and reliefs dating from 2400BC to 100AD with damaged features to those with complete features.

Egyptian art was infused with political and religious vocations according to egyptologists. The numerous foreign invasions and power struggles through almost 3000 years of ancient Egyptian history ultimately left their mark on the visual arts.

Bleiberg said that due to the simple fact that the art objects had power led to iconoclasm. A statue of a deceased pharaoh was alive in the afterlife. Therefore cutting of his nose or arm degrades his power. He cannot smell the roses of the afterlife. A broken arm means he cannot offer sacrifices to the gods, if ears were struck off, he was unable to hear the gods and cries of his subjects.

So by defacing statues, rulers were able to rewrite history and the iconoclasts were not simply vandals but highly skilful individuals that could read and write that is why specific art objects were targeted.

“Visual imagery is a reflection of who has the power to tell the story of what happened and what should be remembered.” He added.