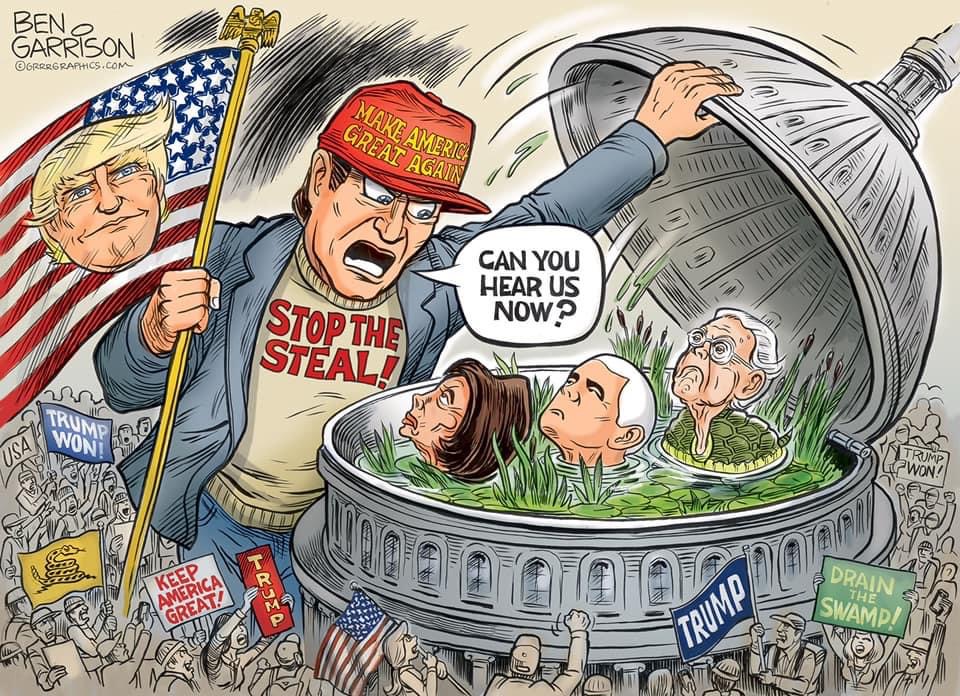 An American who faces criminal charges from the Jan. 6 riot at the U.S. Capitol is seeking asylum in Belarus, the country’s state TV reported, in a move that could further heighten tensions between the turbulent former Soviet nation and the United States.

Evan Neumann of Mill Valley, California, acknowledged in an interview with the Belarus 1 channel that he was at the Capitol that day but rejected the charges, which include assaulting police, obstruction and other offenses. The channel aired excerpts of the interview on Sunday and Monday, and promised to release the full version on Wednesday.

“I don’t think I have committed some kind of a crime,” said Neumann, 48, according to a Belarus 1 voiceover of his interview remarks. “One of the charges was very offensive; it alleges that I hit a police officer. It doesn’t have any grounds to it.” Neumann spoke in English but was barely audible under the dubbed Russian.

Both Belarus President Alexander Lukashenko and Russian President Vladimir Putin have used the Jan. 6 riot as a way to accuse the U.S. of a double standard in criticizing other countries, including Russia and Belarus, for cracking down on antigovernment protests.

U.S. court documents state that Neumann stood at the front of a police barricade wearing a red “Make America Great Again” hat as supporters of President Donald Trump tried to force past officers. Prosecutors say Neumann taunted and screamed at the police before putting a gas mask over his face and threatened one officer, saying police would be “overrun” by the crowd.

“I’m willing to die, are you?” prosecutors quoted Neumann saying to the officer.

Police body camera footage shows Neumann and others shoving a metal barricade into a line of officers who were trying to push the crowd back before he punched two officers with his fist and then hit them with the barricade, according to court papers.

Neumann was identified by investigators after someone who said they were a family friend called an FBI tip line with Neumann’s name and hometown. He was charged in a U.S. federal criminal complaint, meaning a judge agreed that investigators presented sufficient probable cause that Neumann had committed the crimes.

Neumann is one of more than 650 people who have been charged for their actions on Jan. 6, when pro-Trump rioters attacked the Capitol building and delayed Congress’ certification of Joe Biden’s Electoral College victory.

Neumann told Belarus 1 that his photo had been added to the FBI’s most wanted list, after which he left the country under the pretense of a business trip. Neuman, who owns a handbag manufacturing business, traveled to Italy in March, and then through Switzerland, Germany and Poland before arriving in Ukraine and spent several months there.

He said he decided to illegally cross into neighboring Belarus after he noticed surveillance by Ukraine’s security forces. “It is awful. It is political persecution,” Neumann told the TV channel.

Belarusian border guards detained him when he tried to cross into the country in mid-August, and he requested asylum in Belarus. Belarus doesn’t have an extradition treaty with the U.S.

The U.S. Embassy in Belarus, which is temporarily located in Vilnius, Lithuania, declined comment. The U.S. Justice Department said it doesn’t comment “on the existence or nonexistence of requests for apprehension to foreign governments.”

The Belarus 1 anchors described Neumann as a “simple American, whose stores were burned down by members of the Black Lives Matter movement, who was seeking justice, asking inconvenient questions, but lost almost everything and is being persecuted by the U.S. government.”

In a short preface to the interview, the Belarus 1 reporter also said that “something” made Neumann “flee from the country of fairytale freedoms and opportunities” — an apparent reference to the U.S., which has levied multiple sanctions against Belarus over human rights abuses and its violent crackdown on dissent.