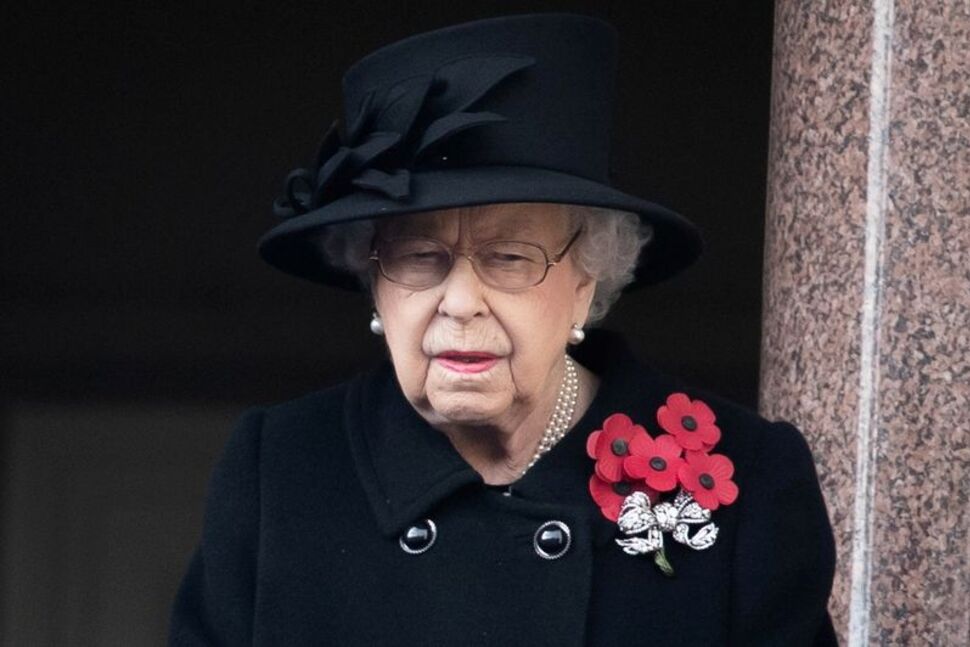 The Queen of England, Queen Elizabeth II a regular fixture of the annual commemoration of remembering the war dead was absent today from the Cenotaph due to back sprain.

The 95 year old monarch was told to rest by royal physicians following a month stay in hospital. Buckingham Palace staff say that it is “incredibly unfortunate coincidence”.

Concerns are growing in the kingdom about her health due to her absence at the most significant public engagement of the year. Her role as Commander-in-Chief of the British armed forces stipulates she lays the remembrance wreath at the Cenotaph.

“Her Majesty is disappointed that she will miss the service.”  Palace courtiers said earlier in the day.

She has missed this event six times, four while she was abroad and twice while she was pregnant. The Queen’s defining presence on Remembrance Sunday with her head bowed and wearing black with a red poppy was noticeably absent.

Crown Prince Charles who turned 73 on Sunday laid the wreath while the Princess Consort Camilla watched from the balcony as the Coldstream Guards marched by.

British Prime Minister Boris Johnson said Sunday while briefing reporters. “I did see the queen for an audience last week, on Wednesday in Windsor, and she’s very well.”

The wreath laying ceremony at the Cenotaph is held on the nearest Sunday to November 11 which marks the end of World War I on “the 11th hour of the 11th day of the 11th month.”