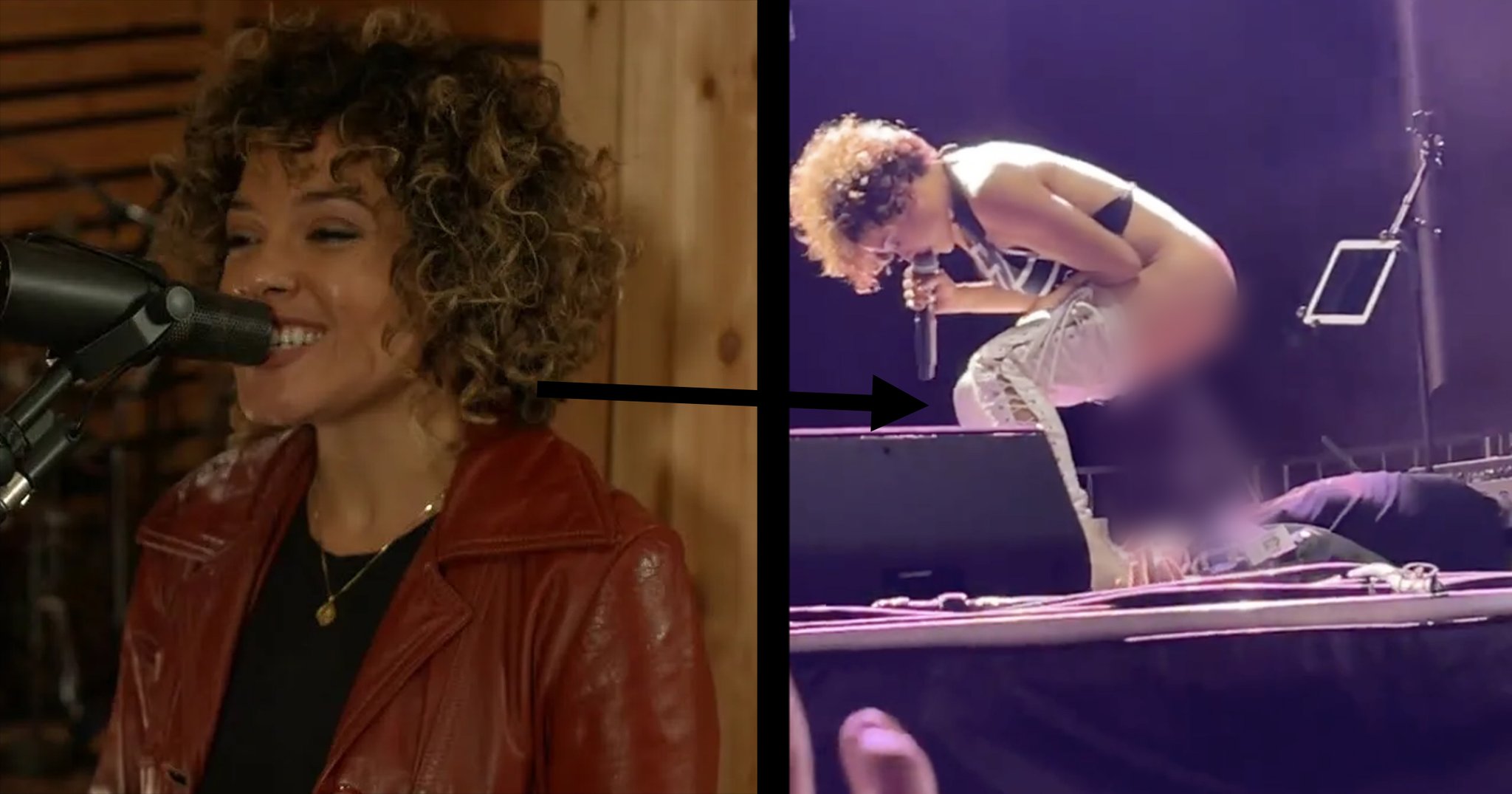 The lead singer of Brass Against Sophia Urista urinated on a fan’s face during a concert in Daytona beach on Thursday. Brass Against is a group known for its cover of rock songs.

During the concert Welcome to Rockville, Singer Sophia Urista who drank a bottle of water noting that the show would be closed out with her peeing on a willing fan.

“Get my man with the can on his head ready, ’cause we’re going to bring him onstage and I’ma piss in this motherf—er’s mouth,” she said.

The man climbed onto the stage, with an apparently empty can attached to his forehead. He laid down flat on his back on stage, prompting Urista to straddle his head, slide her trousers down, and peed into the can.

When she finished, the man scooped some of the liquid on stage into his hands and threw it out over the audience. After getting her trousers pulled back up, Urista walked back over to him, telling him to get off the stage and calling for security to help her out.

The NSFW video went viral and the brass band was forced to issue an apology. On Friday, the band posted an apology on Twitter, assuring fans that it wasn’t a planned stunt.

“We had a great time last night at Welcome to Rockville. Sophia got carried away,” the tweet read. “That’s not something the rest of us expected, and it’s not something you’ll see again at our shows. Thanks for bringing it last night, Daytona.”