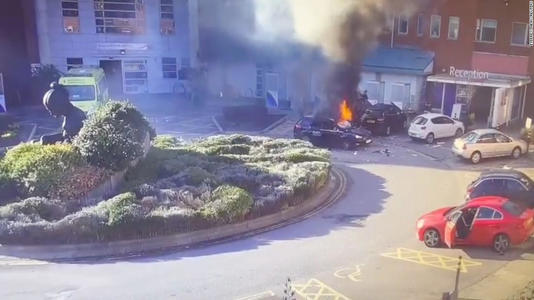 Home Office Secretary Priti Patel has raised the terror threat level to “severe” which means a terror attack was “highly likely” anywhere in the UK. It comes after last weekend’s terror incident at the Liverpool Women’s Hospital.

Counter-Terror Police say that the explosion occurred when a male passenger (yet to be identified) brought an improvised explosive device into a taxi which subsequently exploded killing him and leaving the driver who escaped with minor injuries.

Ms. Patel justified the raising of the terror threat to severe due to the fact that this was the second terror incident in a space of a month. The first was the stabbing of MP David Amess by an alleged Islamist terrorist.

Merseyside Police said that the passenger got a taxi from Rutland Avenue and asked to be taken to Liverpool Women’s Hospital where the IED exploded. The driver of the taxi known locally as David Kelly escaped with minor injuries and was hailed as a hero by the British Prime Minister Boris Johnson who said. ‘It does look as though the taxi driver in question did behave with incredible presence of mind and bravery.’

Head of Counter Terrorism Policing North West Russ Jackson said. “It is not clear what the motivation for this incident is.”

“The reason why he then took it to the Women’s Hospital is unknown, as is the reason for its sudden explosion.”

Four male suspects in their 20s have been detained under the Terrorism Act and investigations are ongoing to find the identity and intent of the alleged terrorist.