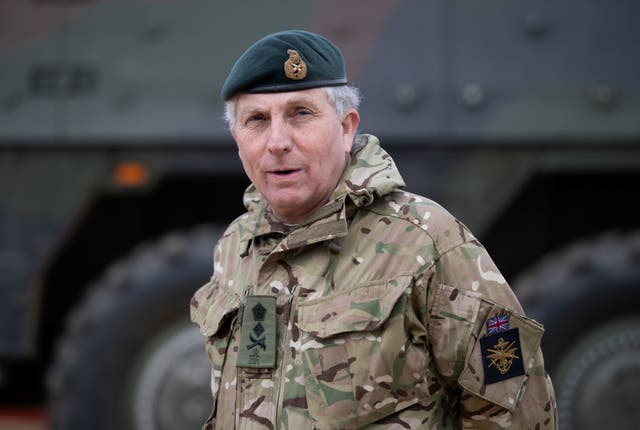 The British Chief of Defence Staff General Nick Carter told the BBC “Andrew Marr Show” on Sunday that Britain must be ready for war with Russia. Which he claims was using the migrant crisis on the Poland-Belarus border as a distraction.

“We have to be on our guard and make sure deterrence prevails, but critically we have to make sure there is unity in the Nato alliance and that we don’t allow any gaps to occur in our collective position.”

The outgoing defence chief stressed that the migrant crisis at the border was straight out of the “Russian Playbook” to destabilise the region. “We are at the greatest risk of accidental conflict breaking out with Russia than at any time since the Cold War.”

The UK has sent a small team of Royal Engineers to help the Polish with erecting and maintaining the razor wire fences along the border to stop migrants from coming into the EU.

Russian Foreign Ministry spokesperson Maria Zakharova said Britain has “a clear historical responsibility for everything that is happening in the region” from the moment it invaded Iraq, adding that the conflict caused “endless flows of refugees”

“The British invasion of Iraq was carefully designed. Forty-five thousand British soldiers helped the United States to occupy this country, kill its citizens and plunder the bowels of the earth,” she wrote on social media on Sunday.

An estimated nine people have reportedly died of hypothermia so far, including a 14-year-old boy, with fears more could freeze to death this winter.

“It must press the Belarusian authorities to end the crisis and enter into dialogue.”

“He is using desperate migrants as pawns in his bid to create instability and cling on to power, regardless of the human cost,” she wrote.

“The United Kingdom will not look away. We will stand with our allies in the region, who are on the frontier of freedom.”