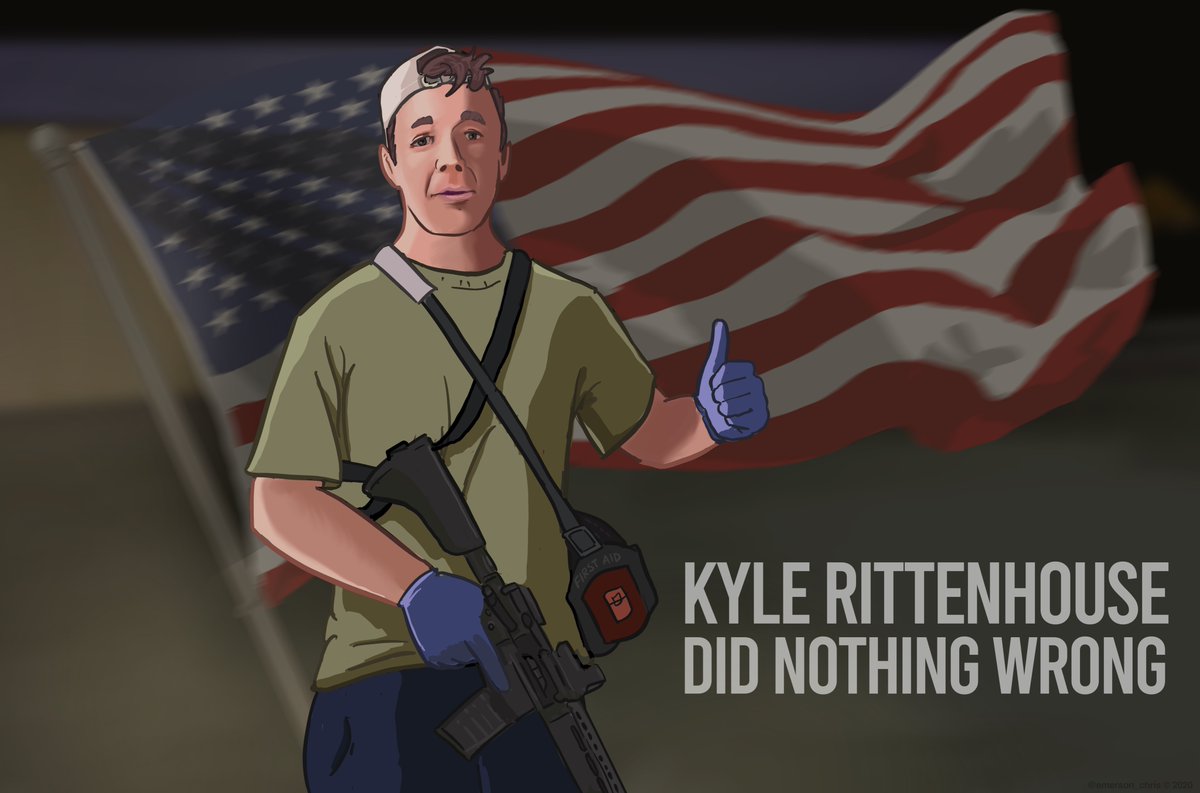 The jury consisting of five men and seven women delivered the verdict after deliberating for four days. Rittenhouse collapsed on the court room floor after hearing the final verdict of “not guilty” from the jury foreman.

During the week long trial prosecutors painted Kyle as a white supremacist vigilante who crossed state borders with an illegal weapon and fatally killing Joseph Rosenbaum and Anthony Huber, while wounding Gaige Grosskreutz. The victims had been part of a crowd that were looting and burning parts of Kenosha. The peaceful protests in Kenosha spiralled into a violent riot after police was cleared of wrongdoing in the fatal shooting of Jacob Blake a man armed with a knife on August 25 2020.

Defence lawyers countered the prosecutors’s claim that Kyle’s father lived in Kenosha. The 17 year old was a lifeguard and volunteered as a medic. He helped in cleaning up graffiti and stopping crowds of rioters from looting and burning businesses when he was attacked by Rosenbaum and Huber who were shot dead. Grosskreutz was wounded when he pointed a handgun at Kyle. Defence argued Kyle acted at all times in self defence.

Under Wisconsin law the AR-15 was legal and Judge Bruce Shroeder dismissed that charge of weapon possession. Kyle was looking at life in prison.