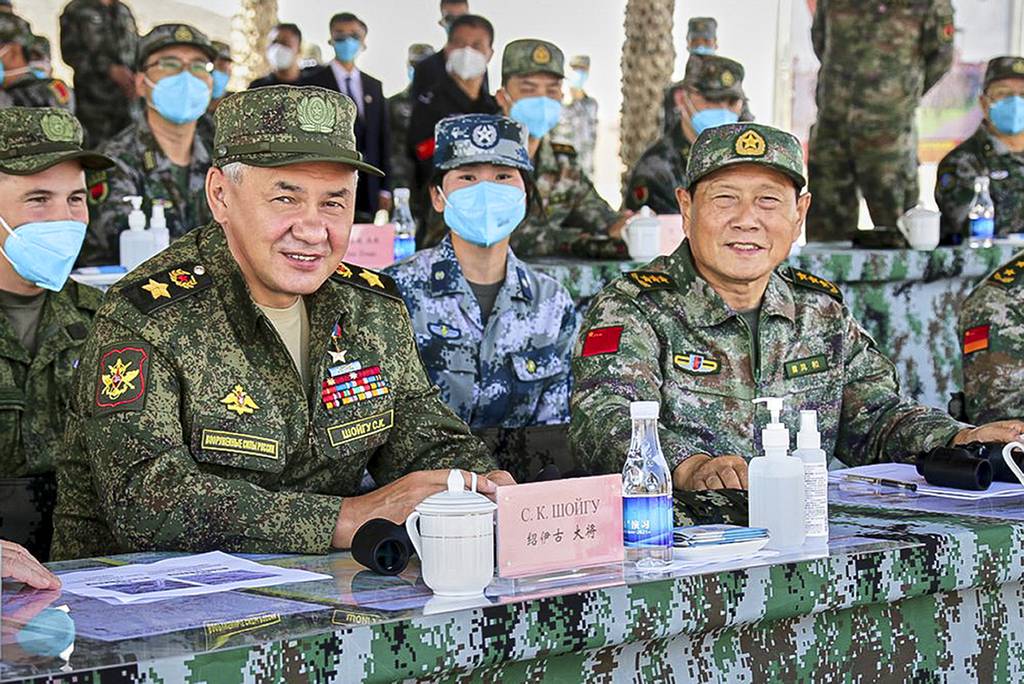 Frequent flights of US strategic bombers near the Russian and Chinese borders forced the two superpowers to move closer together.

“China and Russia have been strategic partners for many years,” Shoigu said. “Today, in conditions of increasing geopolitical turbulence and growing conflict potential in various parts of the world, the development of our interaction is especially relevant. This month, during the U.S. Global Thunder strategic force exercise, 10 strategic bombers practiced the scenario of using nuclear weapons against Russia practically simultaneously from the western and eastern directions,” adding that they came as close as 20 kilometers (12 miles) to the Russian border.

This comes on the heels of a RAND report that suggests that Sino-Russian power will not approach US power through 2022.

The Sino-Russian pact is to counter the US ideology ideology “of militarism, interventionism and the forcible imposition of U.S. values on other countries.”