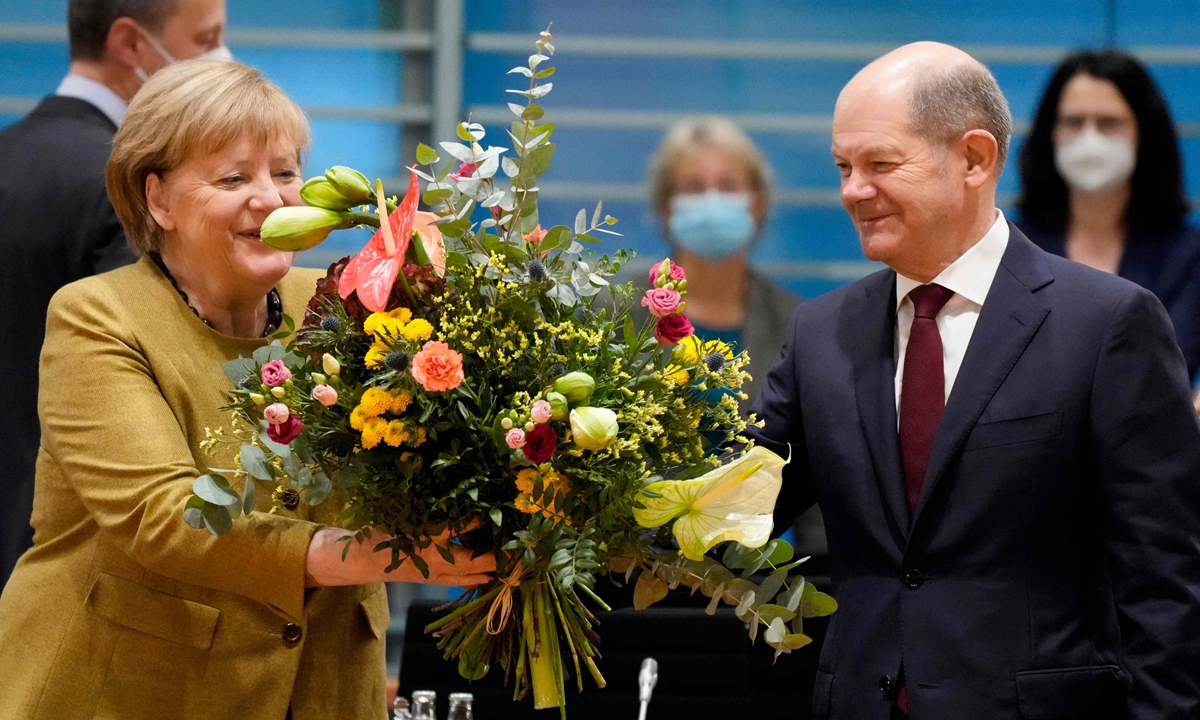 Olaf Scholz is the new BundesKanzler of Germany after 16 years of Angela Merkel.

Olaf Scholz gave out going German chancellor a bouquet of flowers as he assumed his new role as the new German Chancellor and head of government.

Germany will be having a centre left coalition government headed by Scholz who is a Social Democrat. He campaigned on the promise that he will be no different from Angela Merkel who made Germany the undisputed master of the European Union.

A governing deal was announced yesterday after series of secret negotiations between the Social Democrats, the Greens and the business friendly Free Democrats. The negotiations began after the elections on Sept 26.

Olaf faces hugh challenges as he assumes office which includes rising cases of Covid-19, the migrant crisis and border conflicts in Poland and Ukraine.

The centre left government agenda includes legalising marijuana which Merkel blocked for 16 years, an end to coal by 2030 and reform of the citizenship process.