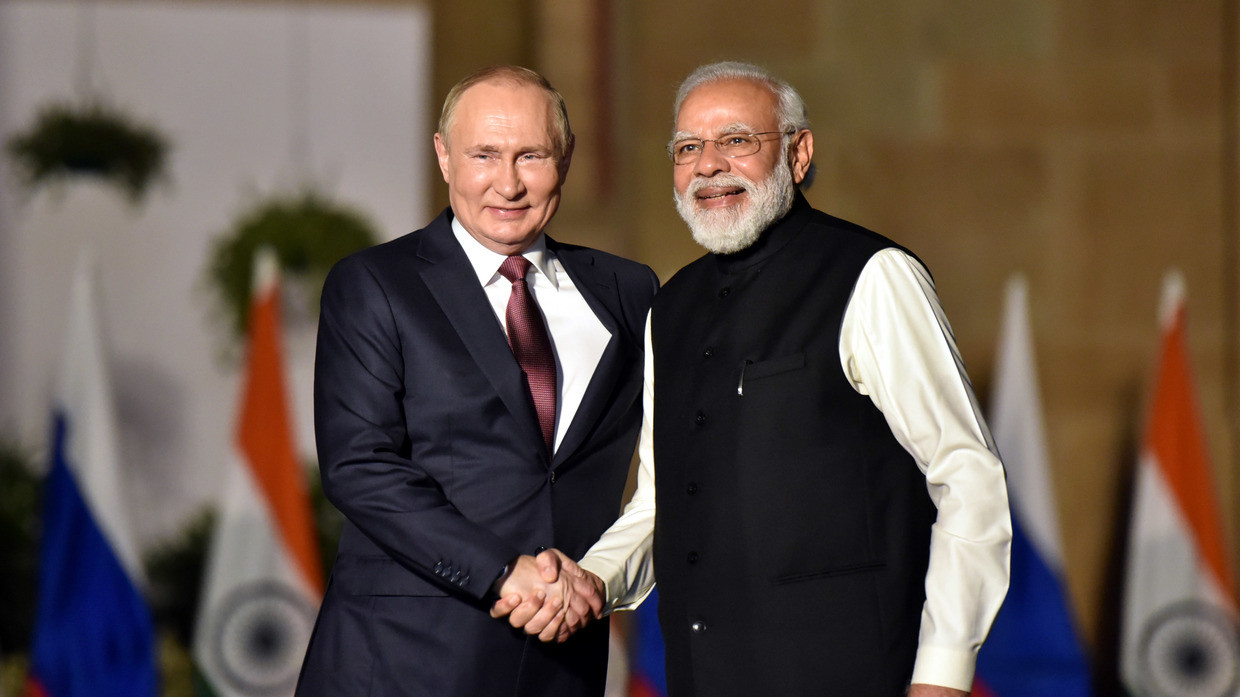 At the signing ceremony in Hyderabad House the two nations agreed to co-operate in a number of areas namely energy, space travel, medicine, defence and the Covid 19 vaccine.

Putin then announced. “We are conducting joint military exercises, in both Indian territory and Russian territory,” he said. “We thank you for your attention to this component of our work. And we plan to work more in this direction. Together, we’re working on developing high-grade military products and manufacturing, including in India.”

Both countries had earlier in the day agreed to collaborate in military technology till 2030. When asked about Russia’s close relations with India. The Russian leader remarked. “We treat India as a great power, with a people who are friendly to us, and with a remarkable history of relations between us.”

On the issue of Afghanistan Sergei Lavrov the Russian foreign minister said “As far as we are concerned, there is every reason to engage countries such as India and Iran in the group’s activities along with China, Pakistan and the United States.”