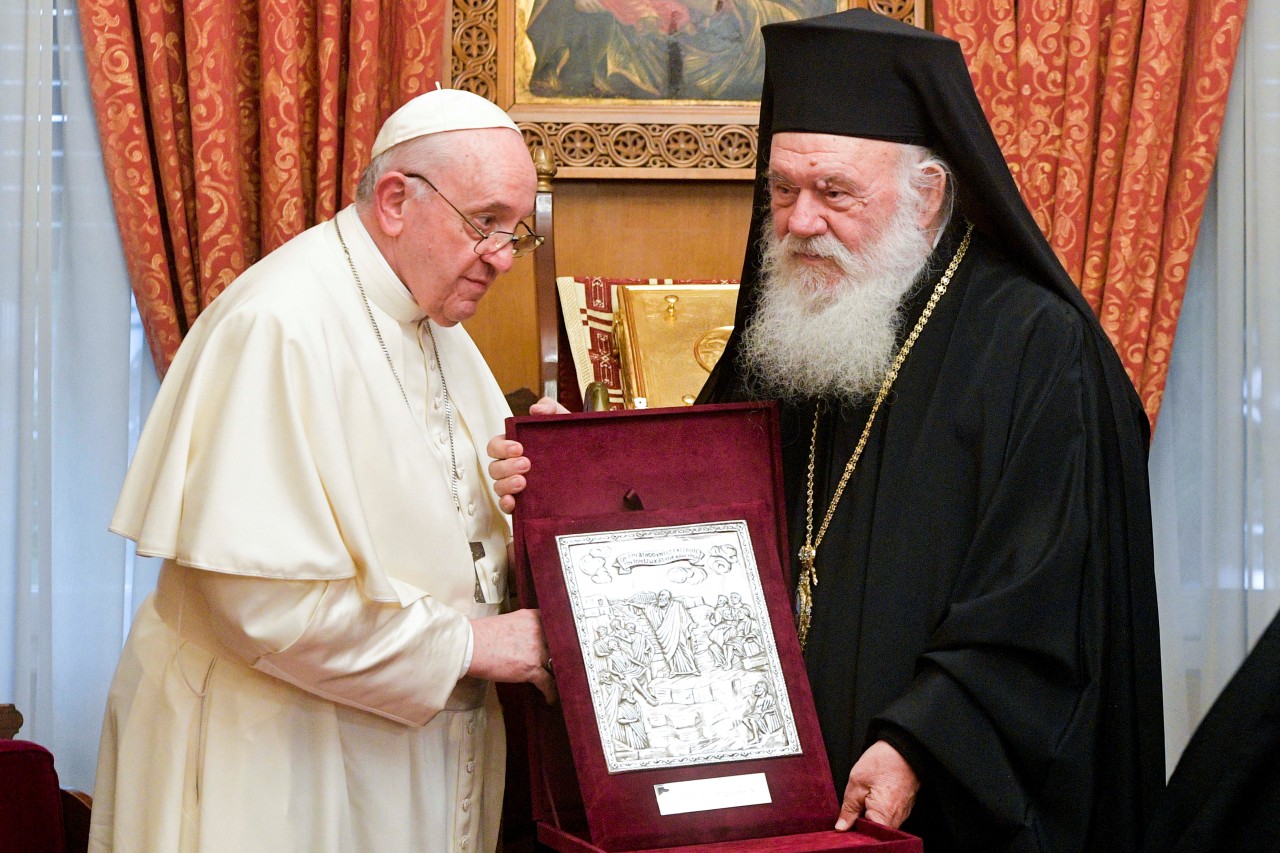 Pope Francis returned to the Apostolic Palace in Vatican City after a five day whirlwind Apostolic Journey to Greece and Cyprus.

The Pontiff is seeking to fuse the 1000 year old schism between the Western(Catholic) church and the Eastern (Orthodox) church. Speaking on the papal plane as it returned to Rome, he said that plans were in the works to travel to Moscow to meet the Patriarch of the Russian Orthodox Church.

Francis was the first pope to meet a patriarch of the Orthodox Church since the Great Schism of 1054 that split the Church into east and west. Issues surrounding the primacy of Rome over Constantinople, sacramental discipline, clerical celibacy led to the schism. In 2016, Pope Francis met with Patriarch Kirill in Cuba and a meeting with Kirill in Moscow will go a long way in healing the rift between the two branches of Christianity.

Responding to a question posed by a Russian reporter Pope Francis confirmed he will meet with the Orthodox Church ambassador to the Holy See to arrange a meeting. He was ready to go to Moscow even though Kirill was expected to travel out of Moscow soon.

“Because talking with a brother, there are no protocols.” Francis said. “We are brothers, we say things to each other’s face like brothers.”

During the visit to the Orthodox bastions of Greece and Cyprus, the Pope held an ecumenical service with Chrysostomos II Archbishop of Cyprus while in Greece the Archbishop of Athens and All Greece Ieronymos II decided not to have an Eucharistic celebration because it means full unity. Though the Pope was heckled in Athens by an elderly Orthodox priest as a heretic. The will for unity is going forward.