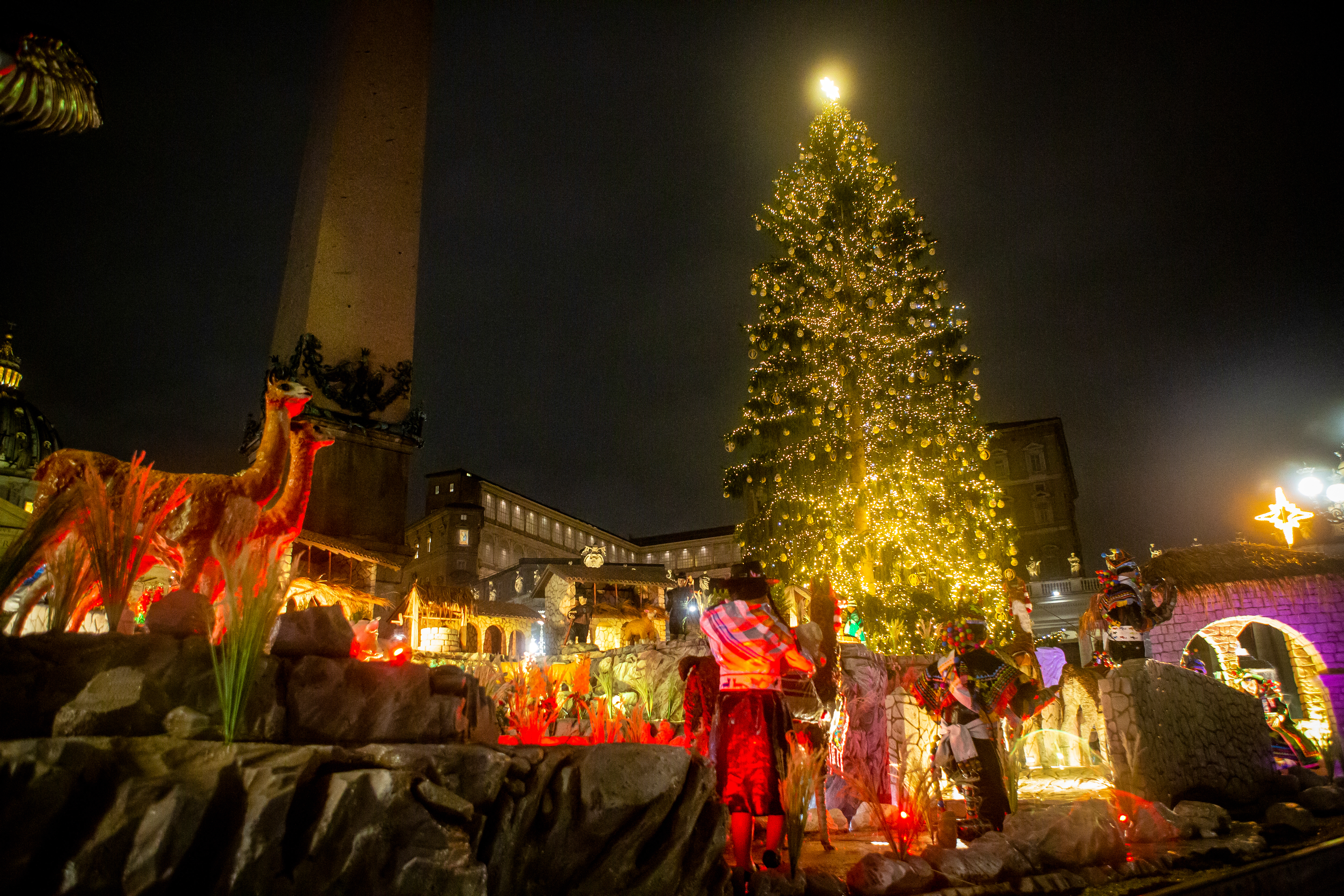 The 2021 Vatican Nativity Scene was opened today by Pope Francis and it was the the most colourful ever as it exudes colourful Peruvian culture.

According to a release by the Vatican Press Office the scene celebrates the 200th anniversary of Peru’s independence from Spain and symbolises the universal call to salvation.

The 30 life size figures representing the Child Jesus, the Virgin Mary, St Joseph , the Three Kings and the shepherds are made of ceramic, maguey wood and fibreglass and wearing the colourful Chopcca costumes.

The Child Jesus has the appearance of a “Hilipuska” child, so-called because he is wrapped in a typical Huancavelica blanket tied with a “chumpi” or woven belt. The Three Kings are carrying traditional foods such as potatoes, quinoa, and other indigenous cereals, and accompanied by llamas with the Peruvian flag on their backs. The birth of the Saviour will be announced by Angel Gabriel playing the Wajrapuco, the traditional Andean wind instrument. Indigenous animals such as alpacas, vicunas, and the Andean condor, Peru’s national symbol, are featured.

As for the Christmas tree, the red fir tree comes from a forest management area in Trentino in northern Italy. The wooden decorations were provided by the Trentino delegation and the lights are low energy and sustainable.

The Chopcca Nation comprises several communities that are located in the Huancavelica region in the high Andean region of Peru; their name refers to a character that represents a “common ancestor”, and oral sources and accounts date the First Nation to times prior to the arrival of the Incas.

The Nativity will be seen until the Feast of the Baptism of Our Lord on January 9th 2022.