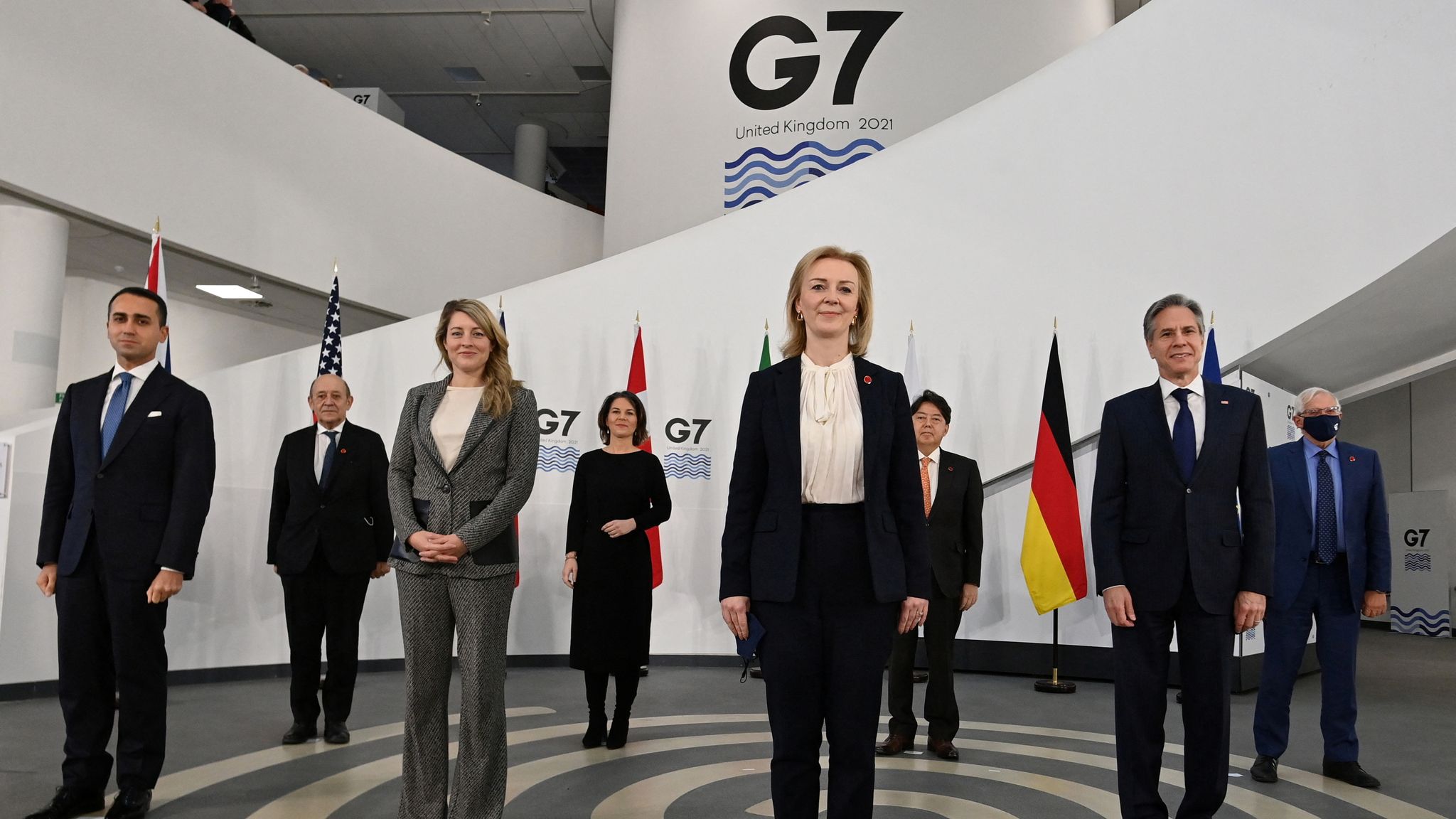 The Group of Seven the UK, France, Italy, the US, Canada, Germany and Japan meet in Liverpool over fears of a Russian invasion of Ukraine.

The foreign ministers of the G7 are meeting in Liverpool to discuss wide ranging issues notably of which is the panic rippling through Western capitals over the fear that Russia will invade Ukraine with over 190,000 troops. The new British Chief of Defence Staff First Sea Lord Admiral Sir Tony Radakin had warned in an interview Friday that a full Russian invasion of Ukraine would be on a scale “not seen in Europe since World War Two.”

British foreign secretary Liz Truss opening the meeting as part of Britain’s year-long G7 presidency, Ms Truss urged diplomats: “We need to come together strongly to stand up to aggressors who are seeking to limit the bounds of freedom and democracy. To do this, we need to have a strongly united voice, we need to work to expand our economic and security partnerships around the world, bringing more into the sphere of countries who stand up for the values we believe in.”

At a White House press conference Saturday, President Joe Biden of the US said: “Here’s the deal. I’ve made it absolutely clear to President Putin… that, if he moves on Ukraine, the economic consequences for his economy are going to be devastating, devastating.”

President Vladimir Putin of Russia doubled down on the rhetoric. “What is going on in Donbass right now: we can see it very well, we know it, and it looks like genocide you just mentioned. We need to act very carefully, not to depreciate these definitions but they should reflect the reality of ongoing events.”

Russia still insists that NATO should not deploy eastwards and put missiles in the Russian border areas which NATO has rejected.

Next post THE ENDURING MYSTERY OF THE “LADY OF GUADALUPE”