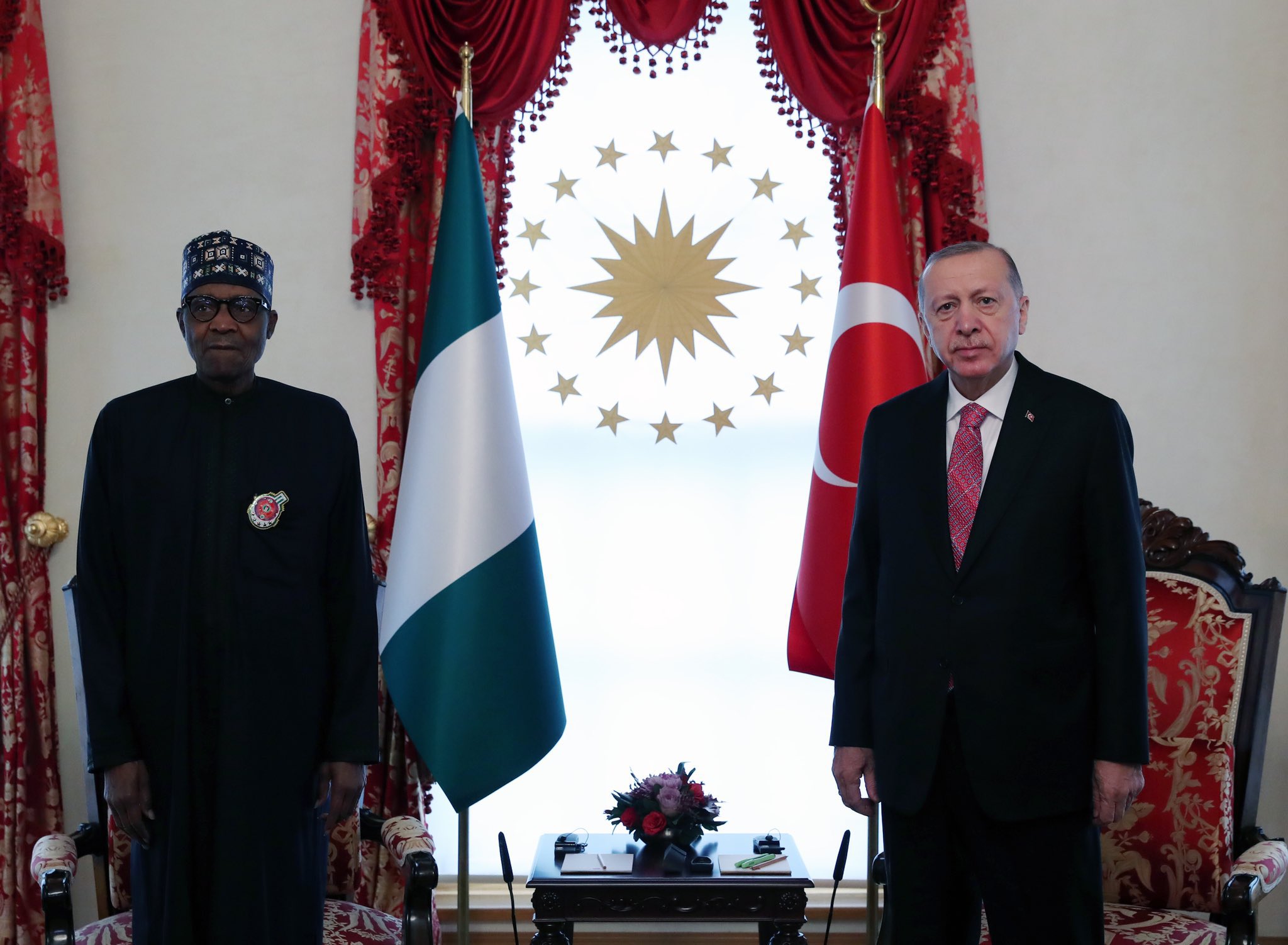 As the Turkish Lira continues its slide against the US Dollar causing many Turkish families to the breadlines. The Turkish President  Recep Tayyip Erdoğan hosted the 3rd Turkey Africa Summit in Istanbul which ended today under the banner of  “Enhanced Partnership for Common Development and Prosperity.”

Experts believe that the large turn out in Istanbul; 100 foreign ministers and 16 presidents is the desire to purchase Turkish military hardware at cheaper prices with no strings attached. So they can effectively battle insurgents back home. Turkish drones are very popular in the hands of African leaders.

Christophe Lutundula Apala Pen’Apala foreign minister of the Congo said. “This turnout is a sign of Africa’s confidence in Turkey. Africa trusts the Turkish people. It also shows how Africa benefits from cooperating with Turkey.” He then stressed that strategic partners of the continent should consider the priority of industrialization for Africa.

Foreign Minister Mevlüt Çavuşoğlu stated that 16 heads of state and government and 102 African ministers attended the summit. “Our aim is to win together with Africa, to walk towards the future together,” he said, speaking at the opening speech.

Turkey’s approach to relations with Africa is strategic, long-term, he added.

“On the occasion of this Summit, we will adopt an action plan on what we will do in the next five years. In addition to the Joint Declaration we aim an action plan under five main topics: Development, trade, industry and education,” the minister said.

“I believe that we need to join forces so that Africa can be represented in the Security Council, as it deserves,” he added.

The impact of the growing Turkish influence in Africa is well known. The number of Turkish embassies in Africa has grown from 12 to 43 since 2002 while the national flag carrier, Turkish Airlines, flies to over 60 African destinations. The share of Africa in Turkey’s trade with the world is 6.5 percent.