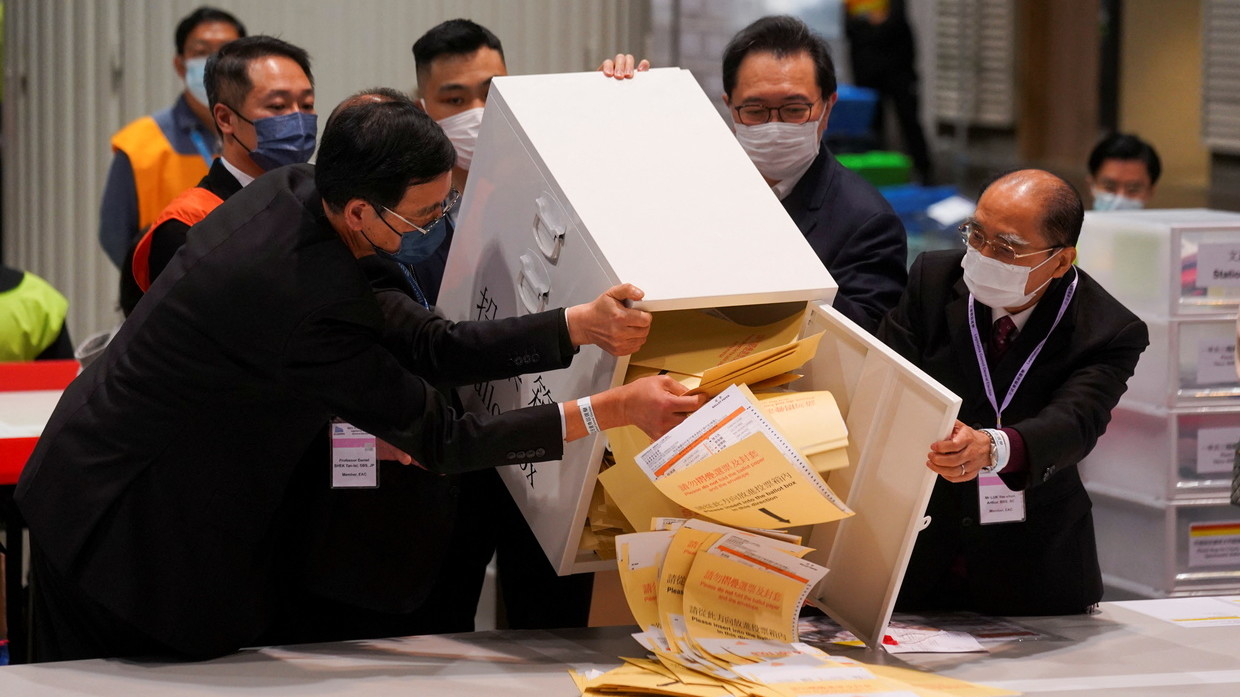 Last Sunday the Hong Kong Special Administrative Region went to the polls to elect a new legislature. Turnout was low at 30% but pro-Beijing candidates won 90% of the seats which Western nations the so called Five Eyes countries, the EU and the G7 have called an erosion of democracy.

On Monday, the foreign ministers of the Five Eyes’ group of nations– Australia, Canada, New Zealand, the UK, and the US – denounced Beijing’s pressure on Hong Kong’s electoral process, which they said had “eliminated any meaningful political opposition.” The EU and G7 nations joined the chorus, calling on China to put an end to the “unwarranted oppression of those who promote democratic values and the defense of rights and freedoms.”

Zhao Lijian, the spokesperson for China’s Foreign Ministry fired back at the West. He called on them to “look in the mirror,” as they themselves were not exactly the “top students in the democracy classroom, and … definitely not qualified to be teachers,” he said. He concluded by advising China’s critics to “take care of their own house first,” pointing to “failures in the fight against Covid, … political polarization, [and] racial discrimination.”

A senior official in the Chinese government’s representative office in Hong Kong also hit out at claims by the Western bloc. He called the criticism a “political farce” and added that the “days when foreign forces could use their political agents to interfere in Hong Kong affairs are over.”

The Hong Kong authorities issued a statement on Tuesday in which they dismissed recent Western allegations as baseless and hailed Sunday’s general election in the territory as a “success.”

China’s embassy in Australia also released a statement, in which it described the electoral process as having been “fair, equitable [and] open,” and asserted that “Hong Kong is China’s Hong Kong.”

In March the Hong Kong authorities reformed the electoral system whereby only candidates vetted by Beijing could stand in elections.