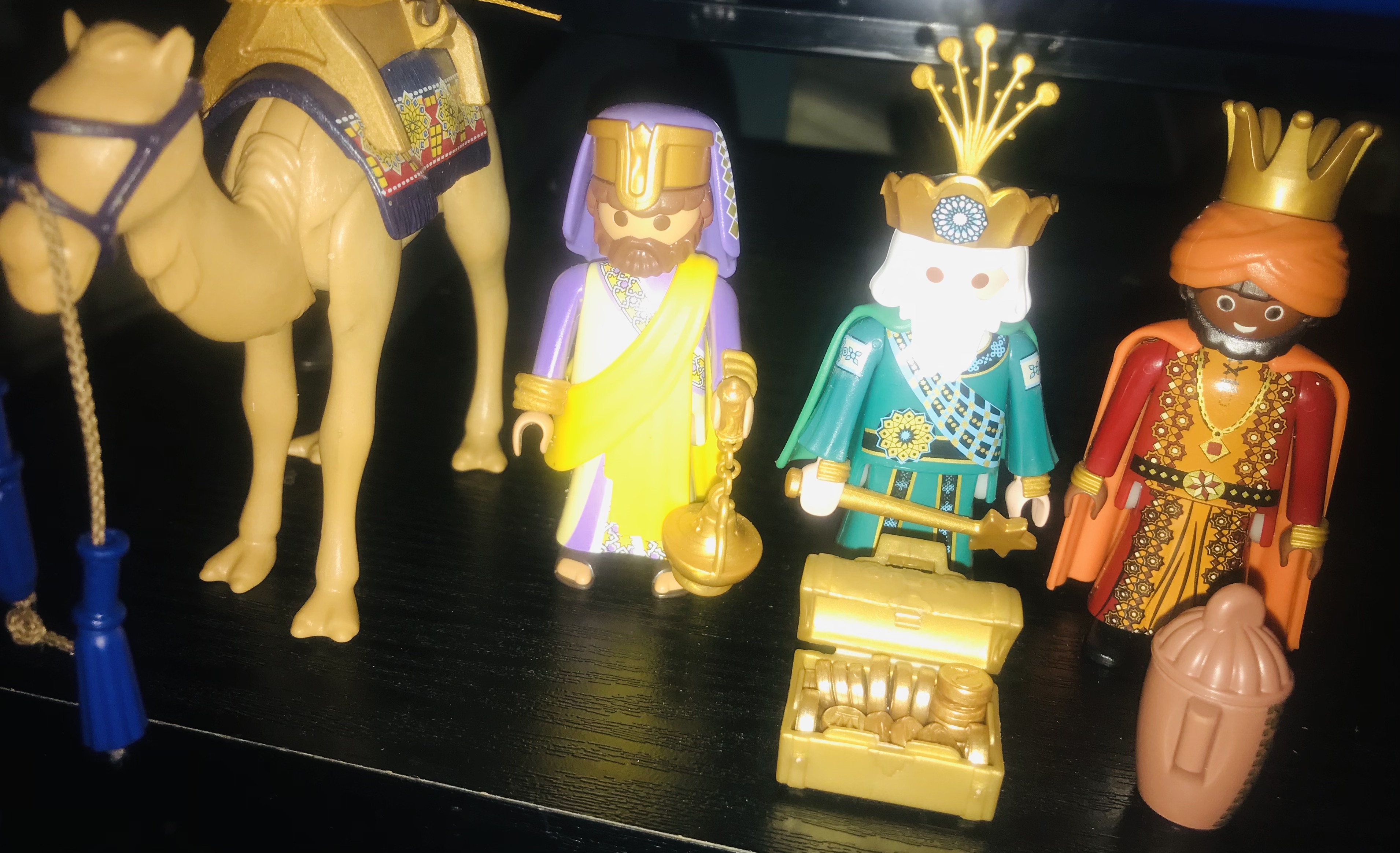 The three Kings otherwise known as the Magi or the Wise Men saw a star announcing the birth of a Messiah King.

In popular Christian tradition since the third century AD, the Magi are said to have arrived in Bethlehem 12 days after Christmas on the feast of Epiphany. They were praying on a mountain when on the night Jesus was born, a star appeared in the form of a child. The child told them to go to Jerusalem and arriving in Jerusalem, they were taken to see King Herod. The three Kings had inquired; “Where is the infant King. We saw his star in the East and we are here to pay homage.” King Herod asked the Temple priests and scholars who told him about the prophecies of Isaiah and Micah that foretold a Messiah being born. Assuring the Magi that he wanted to pay homage too he told them when they find the infant King they should inform him immediately.

With the blessings of Herod they left Jerusalem and followed the star till it stopped over Bethlehem. The three Magi were confused as to which house to enter, when suddenly King Melchior one of the three saw an oxeye daisy flower that looked like the star that led them here. Bending to pick it up, a stable door opened and a bright golden light filled the dark silent night. The three Wise men saw the infant King with his parents.

Saint Bede the Venerable wrote in the eight century AD in the book “Collectanea et Flores” which describes the Magi.

The first was called Melchior, he was an old man with white hair and a long beard, he offered gold to the Lord as to his King.

The second, Caspar by name was young, beardless and of a ruddy hue offered to Jesus his gift of incense the homage due to Divinity.

The third of black complexion with heavy beard was called Balthasar. The myrrh he held in his hands prefigured the death of the Son of Man.

Christian theologians point out that the racial identity of the Magi is significant. For it signifies the universality of Christ’s realm. Melchior represented Europe, Caspar was Asian and Balthasar was African. In Adoration scenes, depictions of the three Kings as rulers of the three continents became frequent during the Age of Discovery in the 15th and 16th centuries. This based on the belief that the Second Advent will not take place until all humanity accepts Christ as king. Perhaps the Magi searching for Jesus inspired the sailors on European ships discovering previously hitherto unknown lands like the American continent.

After the three Kings were warned in a dream not to return to Jerusalem and Herod, they returned to their homelands using another route. When Christ resurrected after the Crucifixion Saint Thomas the Apostle baptised the Magi in the Christian faith and they later became bishops.

In the fourth century AD, Saint Helena the mother of Emperor Constantine had taken it upon herself to gather relics of Christian martyrs in Persia, Africa and Europe and bring them to Constantinople the new capital of the Roman Empire. She collected the bodies of the three Magi and reburied them in the imperial capital. Saint Eustorgio brought the relics from Constantinople to Milan where he was bishop in 344 AD.

The Holy Roman Emperor Frederick Barbarossa removed the relics of the three Kings from Milan and moved them to Cologne in 1164 AD. The Magi were reinterred for the final time at the Cathedral Church of Saint Peter in Cologne which still exists to this day.

A popular rhyme while eating King cake on January 6th began with the words.

We are the Three Kings with our star

We bring you a story from lands afar…..