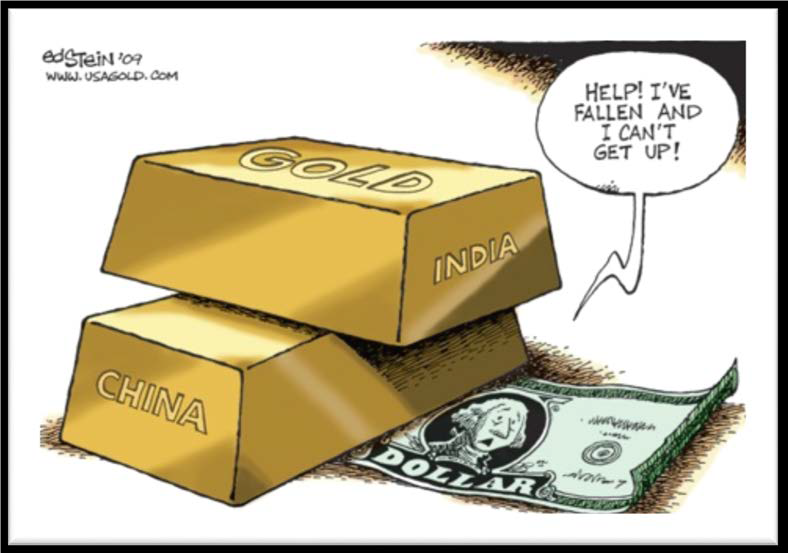 Emerging economies are gradually dumping the US dollar for gold

The World Gold Council has reported that gold holdings by central banks of emerging economies like India, Brazil and Thailand are on a 31 year high.

The emerging economies have stockpiled more than 4,500 tons of the precious metal over the last 10 years while simultaneously diminishing their US dollar holdings. In 2020 the currency by currency ratio of the dollar sunk to its lowest level in 25 years.

Market analyst Itsuo Toyoshima says trust in the US dollar has “faltered.” Analysts are pointing to the fact that a new world order led by China is emerging which is causing the historic shift away from the dollar based system which has been in existence since 1944. When the Bretton Woods Agreement displaced the pound sterling as the world reserve currency.

The 2008 financial crisis caused an outflow of funds from US government bonds, which funded the corporate bailouts and resulted in value loss of US dollar denominated assets. Then central banks and other public institutions especially in emerging markets began buying gold in a frenzy.