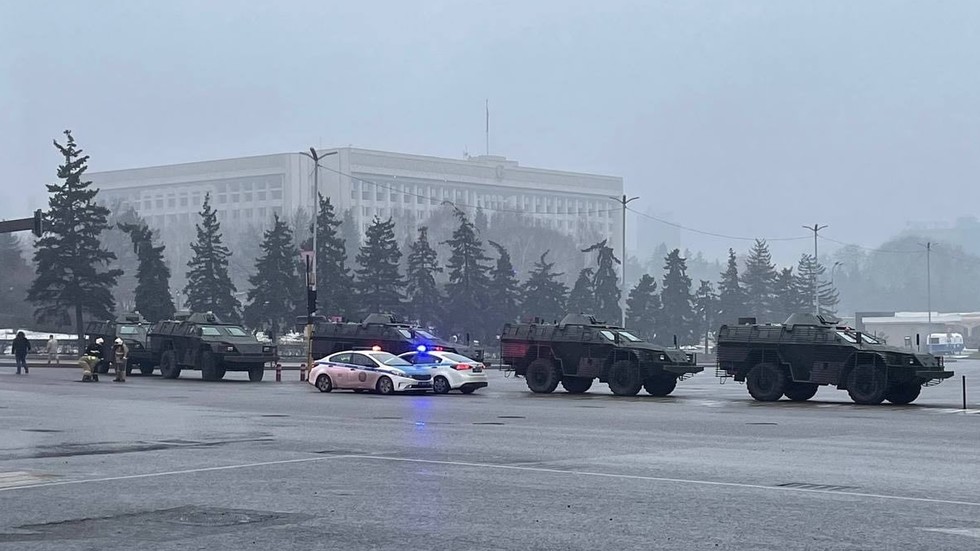 Nikol Pashinyan Armenian prime minister and chairman of the Moscow led Collective Security Organisation (CSTO) has announced on Facebook that peacekeepers will be sent to Kazakhstan.

The CTSO is a joint collective security pact like the west’s NATO. It comprises of six former Soviet states: Armenia, Belarus, Kazakhstan, Kyrgyzstan, Russia and Tajikistan.

The CTSO chairman also assured that peacekeepers will only guard strategic installations and local security forces will deal with the protesters. “The CTSO for a limited period of time in order to stabilize and normalize the situation.” he added.

This comes as the Kazakh president warmed that “terrorists” have taken over strategic installations. The country a major Bitcoin miner got into this crisis after government subsidies on gas ended. Protests broke out and the president agreed to re-instate the subsidies. By Wednesday the protests turned violent with military installations, shops and offices attacked and footage of the old presidential palace burning going viral.

A nation wide state of emergency has been declared. Jen Psaki White House press secretary told reporters at a briefing. “There are some crazy Russian claims about the US being behind this, so let me just use this opportunity to convey that is absolutely false and clearly a part of the standard Russian disinformation playbook.”