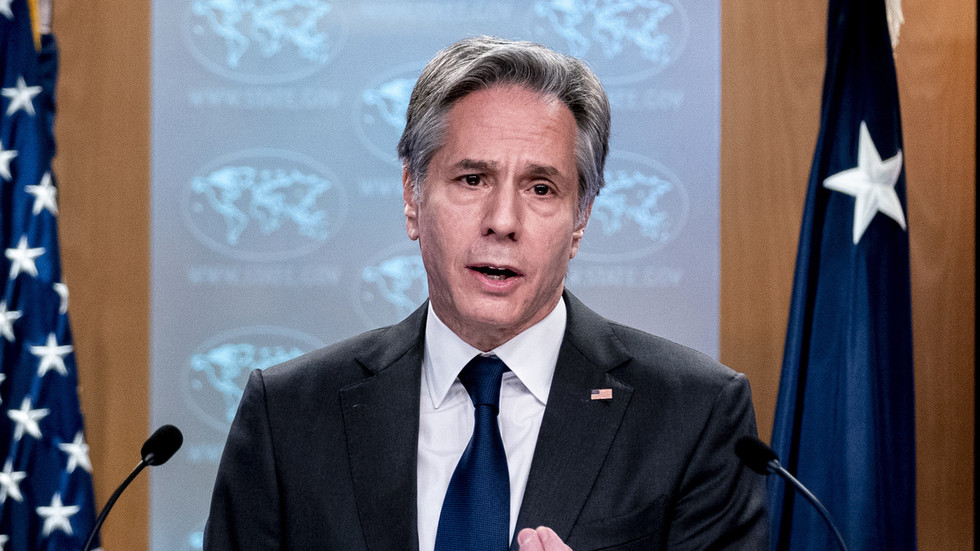 NATO assured Russia “Not one inch eastwards” in 1990.

The US secretary of state Antony Blinken said at last Friday’s Foggy Bottom press briefing that “NATO never promised not to admit new members.” An All the News investigation revealed that to be a bare-faced lie from America’s top diplomat.

A research into declassified documents from the US National Security Archive suggests otherwise. In NATO Expansion: What Gorbachev Heard declassified documents showed security assurances against NATO expansion to Soviet leaders from Baker, Bush, Genscher, Kohl, Gates, Mitterrand, Thatcher, Hurd, Major, and Woerner. On December 12 2017 the NSA released declassified documents from the U.S., Soviet, German, British and the French. Which shows that there were numerous memos and telephone recordings since U.S. Secretary of State James Baker’s famous “not one inch eastward” assurance about NATO expansion in his meeting with Soviet leader Mikhail Gorbachev on February 9, 1990.

In all the documents, all at the highest level of NATO and the then Soviet Union leadership. Discussion about Germany’s re-unification and membership of NATO was not exclusive of NATO’s expansion eastward. The 1990 NATO London Summit Declaration was clear about NATO expansion eastwards President George Bush explained to President Mikhail Gorbachev : “So what we tried to do was to take account of your concerns expressed to me and others, and we did it in the following ways: by our joint declaration on non-aggression; in our invitation to you to come to NATO; in our agreement to open NATO to regular diplomatic contact with your government and those of the Eastern European countries; and our offer on assurances on the future size of the armed forces of a united Germany – an issue I know you discussed with Helmut Kohl. We also fundamentally changed our military approach on conventional and nuclear forces. We conveyed the idea of an expanded, stronger CSCE with new institutions in which the USSR can share and be part of the new Europe.” On 1 July 1991, the Warsaw Pact was officially dissolved at a meeting in Prague. At a summit later that same month, Mikhail Gorbachev and US President Bush declared a US–Soviet strategic partnership, decisively marking the end of the Cold War.

Despite the end of the Cold War, Russia has repeatedly stated it was “cheated” by NATO. In late December, President Vladimir Putin said during his annual year-end press conference that the bloc had done so in a “vehement” and “blatant” way, by swallowing up Central and Eastern European states and by now setting its eyes on the former Soviet Republics.