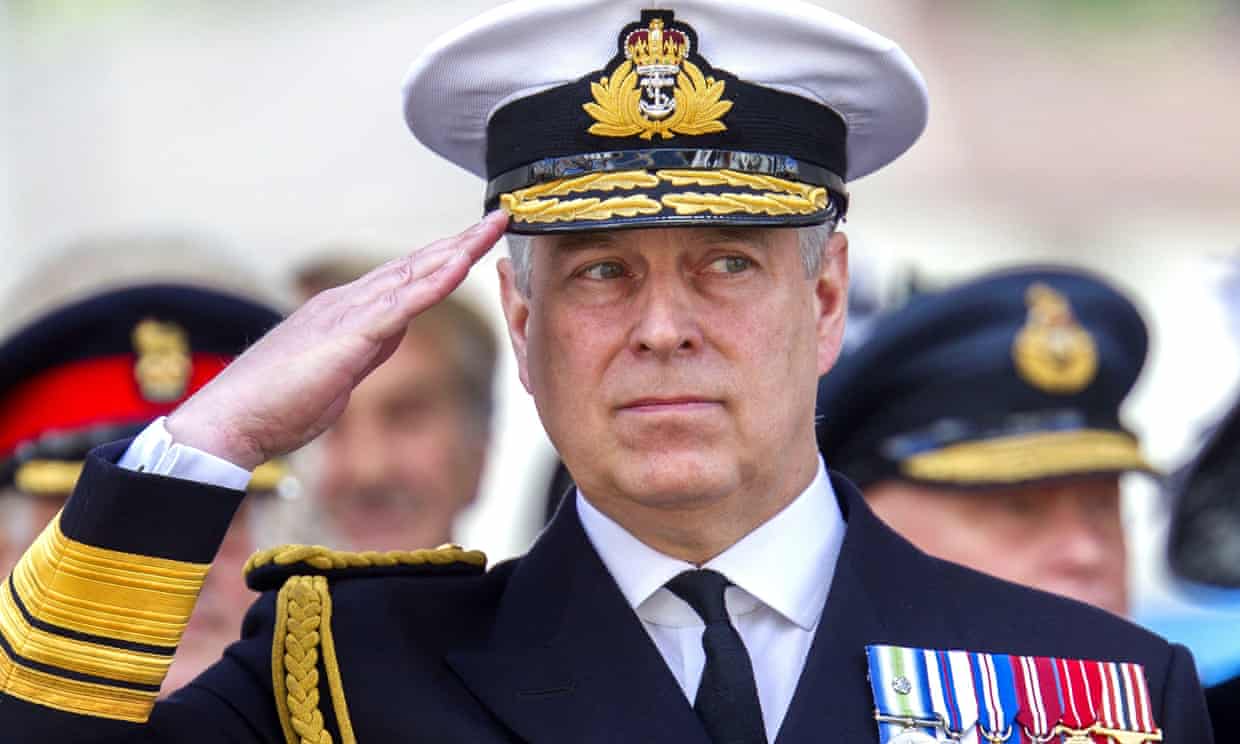 The Duke of York, Prince Andrew was stripped of his military and royal privileges yesterday by his mother the Queen of England.

In a brief terse press statement from Buckingham Palace. Palace courtiers wrote “With The Queen’s approval and agreement, The Duke of York’s military affiliations and Royal patronages have been returned to The Queen. The Duke of York will continue not to undertake any public duties and is defending this case as a private citizen.”

His sacking comes following a failed legal challenge. He had sought through lawyers the dismissal of the sexual assault brought against him by Virginia Giuffre, who claims the prince had engaged her in sexual activities back in 2001, when she was a minor. Giuffre said she had sex with him at one of the wild parties hosted by the pedophile billionaire Jeffrey Epstein and his partner Ghislaine Maxwell.

Despite a viral photo of the prince with his arms around the then 17 year old Virginia Giuffre. The Duke of York told the BBC in 2019 that he has never ever met her.

On Thursday about 150 veterans wrote to the Queen in an open letter calling on her to strip the Duke of all his military titles; “We are particularly upset and angry that Prince Andrew remains a member of the armed forces and continues to hold military titles, positions, and ranks, including that of Vice Admiral of the Royal Navy.”