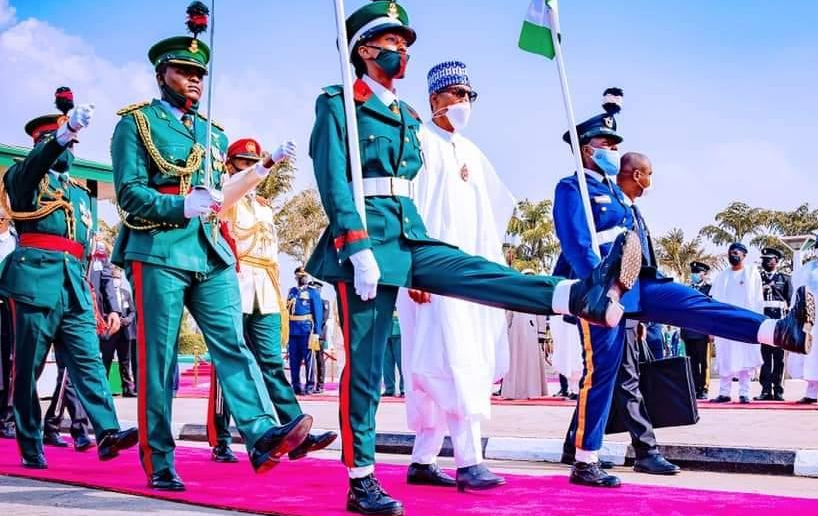 President and Commander-in-chief of the Nigerian armed forces Muhammadu Buhari laid a wreath on behalf of Nigerians at the National Arcade Eagle Square in Abuja today. He was accompanied by the vice-president Professor Yemi Osinbajo, the service chiefs and other top representatives from the three branches of government.

January 15 was the date that the articles of surrender was signed between the defeated Biafran forces and the victorious Federal forces at Dodan Barracks in 1970 after 30 months of bitter fighting that left 3 million dead. Thereafter the date was instituted as the national day of remembrance for all those who served, are serving, killed or wounded.

Margaret Ugoagha, chairperson of the Nigeria Military Widows Association, Ebonyi State Council on the occasion said. “Our widows are not employed except few that were employed by the cantonment, So, I’m pleading with the federal government to help and employ us essentially those that have matured children or graduates should also be given employment.”

“The reason is that if they have something doing there will be fewer problems in our family, society and nation at large. She concluded.