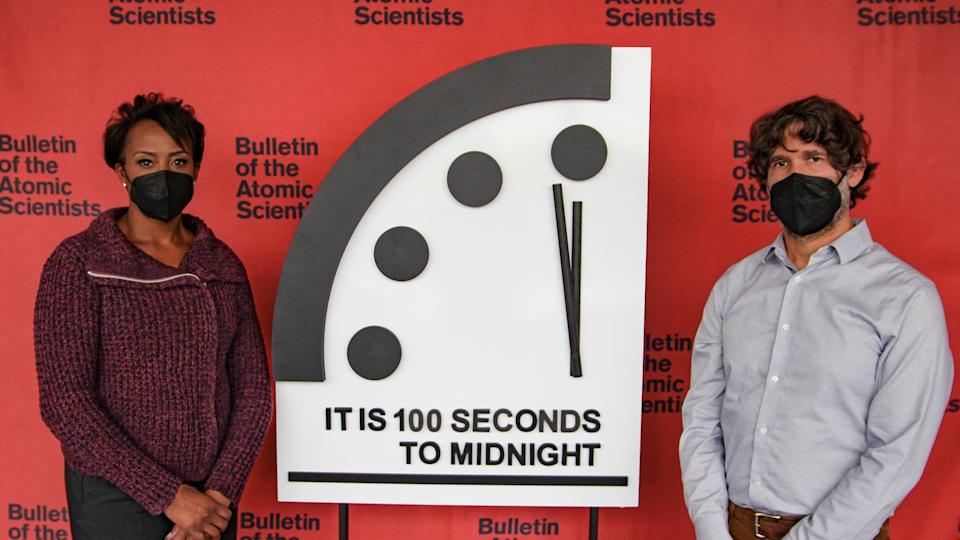 It is 100 seconds to midnight the Doomsday clock says for the third year in a row. According to the Bulletin of Atomic Scientists, the countdown to doomsday is a metaphor for all the existential perils threatening the planet such as nuclear armageddon, biological threats, climate change, bio technology and artificial intelligence.

Rachel Bronson the chief executive officer of the Bulletin of Atomic Scientists said. “This year, in our statement, the Science and Security Board highlights several bright spots and many disturbing trends. The board describes a mixed-threat environment, one with positive developments counteracted by accelerating negative ones.”

She added: “Today, the members of the Science and Security Board find the world to be no safer than it was last year at this time, and therefore have decided to set the Doomsday Clock at 100 seconds to midnight.

“The Doomsday Clock continues to hover dangerously, reminding us how much work is needed to ensure a safer and healthier planet. We must continue to push the hands of the clock away from midnight.”

The reasoning behind “100 seconds to midnight” was the decline and rise in nuclear perils, no action on climate change, “disruptive” technology, the spread of disinformation and the militarisation of space. To turn back the hands of the clock the scientific group suggested 13 pathways get the world to “back away from the doorstep of doom”.

They include action on climate change; adopting COP26 recommendations, Russia and the United States implementing a comprehensive limits on nuclear weapons by the end of 2022 and world leaders working with the World Health Organisation and others to reduce and eliminate “biological risks.”

“Without swift and focused action, truly catastrophic events – events that could end civilisation as we know it – are more likely,” the scientists said in a statement on the Bulletin’s website.

“When the clock stands at 100 seconds to midnight, we are all threatened. The moment is both perilous and unsustainable, and the time to act is now.”

The Bulletin of Atomic Scientists was established in 1947 by the Manhattan Project scientists that built the first atomic bomb to warn of the peril of nuclear apocalypse. It started at seven minutes to midnight and 2022 marks its 75th anniversary.