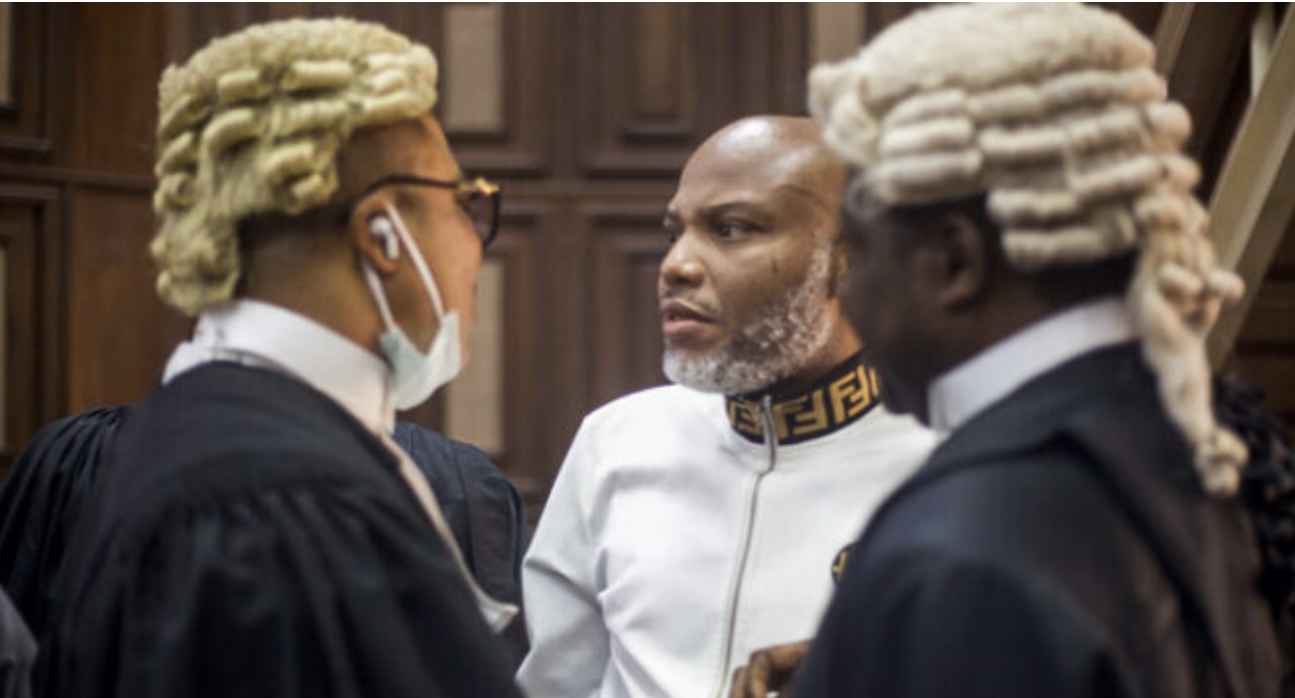 Denies being a member of IPOB

Nnamdi Kanu who is standing trial for treason and terrorism had been wearing the same white Fendi jumpsuit he wore when he was arrested June 2021 in Kenya to trial. On Tuesday Binta Nyako ordered. “I don’t want to see him in this cloth again. This one is almost off-white. Also make sure that you allow him to exercise and give him a good mattress.”

However on Wednesday Nnamdi Kanu appeared in the same Fendi jumpsuit.

“My lord, based on your order yesterday, we provided the defendant with a new orthopaedic mattress, pillows and blankets.” Labaran counsel for the government told the judge.

“As for his appearance, he chose to wear this particular one because he said that it is designer.”

Countering the federal government claim, Mike Ozekhome, Kanu’s lead counsel told the court. “My lord what happened was that by the time proceedings ended yesterday, and because it was not his visiting day, we were not able to pass to him, some clothes we obtained for him.”

Ozekhome also told the court that the Department of State Services captors of the defendant that the DSS has provided new mattress and pillows.

“I want to commend the DSS and the court for ensuring that it was done.”

Briefing journalists after the court session the federal government counsel told reporters that Nnamdi Kanu denied “vehemently” being a member of IPOB when charges of treason and terror against him were read out.

“That is very curious and we urge Nigerians to see us through how we are going to prove all those charges against the defendant in no time to come.”

Justice Binta Nyako fixed February 16 to hear an application by Kanu challenging the propriety of his trial as well as competence of the charge against him.