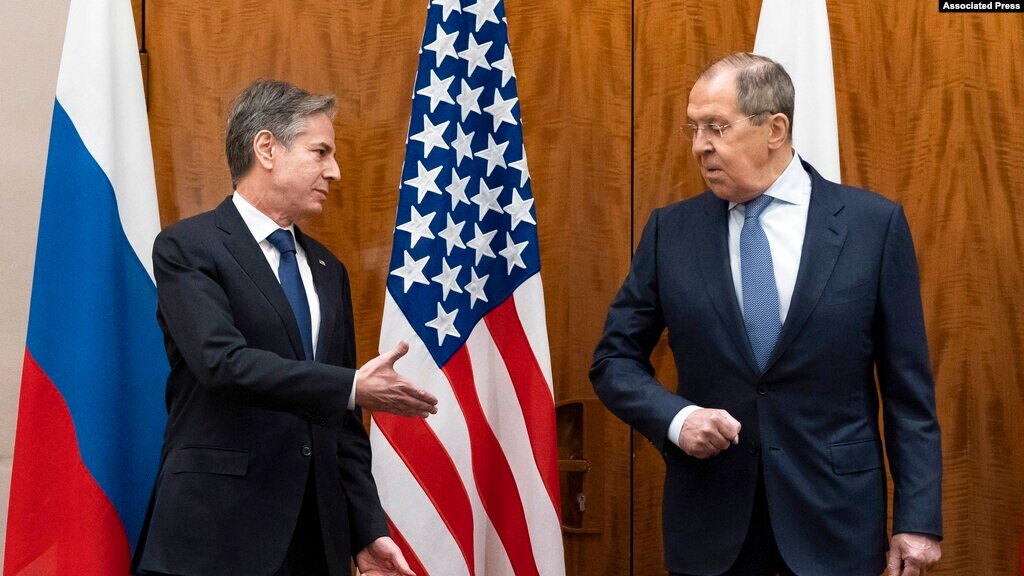 NATO to issue written response next week to Russia

The high level meeting between US secretary of State Antony Blinken and Russian foreign minister Sergei Lavrov lasted only 90 minutes in Geneva Friday. Both sides could not reach an agreement regarding Russia’s demands to NATO.

Sergei Lavrov speaking to journalists after the meeting said. “Blinken told me he was satisfied with the exchange we had and that it will help him, he assured us, to issue a written response next week.Their reaction is only preliminary – we were warned about this.”

The Russian foreign minister then continued that Russia was not out for a sphere of influence but to prevent NATO sowing the seeds of a future conflict in eastern Europe.

In response his American counterpart said “I told him (Lavrov) that following the consultations that we’ll have in the coming days with allies and partners, we anticipate that we will be able to share with Russia our concerns and ideas in more detail and in writing next week, and we agreed to further discussions after that.”

Then Blinken talked tough. “If any of Russia’s military forces move across the Ukrainian border, that’s a renewed invasion. It will be met with a swift, severe and a united response from the United States and our partners and allies.”

Lavrov also told reporters that “No one is hiding the fact that weapons are being handed over to Ukraine; that hundreds of military instructors are flocking to Ukraine right now.”

NATO is demanding that Russia pull its 100,000 troops and weapons away from the Ukraine border while Moscow is requesting NATO to limit its operations in eastern and central Europe and insisting that the Western military alliance reject Ukraine’s application.

Both sides agreed to further talks after the written response is received and if necessary both Presidents Biden and Putin will talk in Geneva.

The Swiss president Ignazio Cassis met both foreign ministers saying “Switzerland is always ready to host a meeting between these states to foster resolutions aimed at establishing peace and security all over the world. We are concerned over growing tensions. We are totally convinced that dialogue is the only way to reinforce security in Europe,” the Swiss leader said at a press conference, noting the country’s willingness to provide its good offices when they would be useful and needed.”