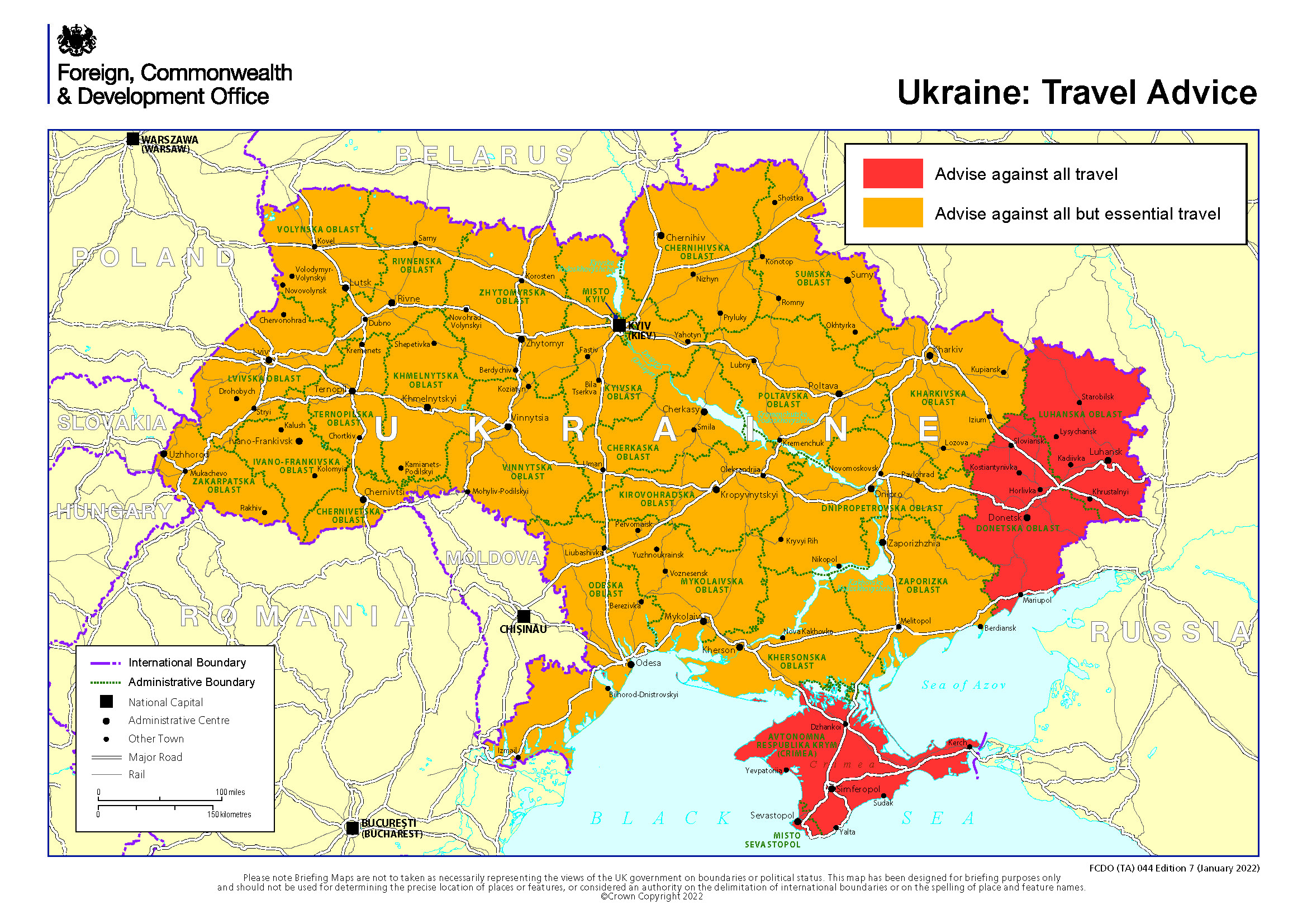 The United Kingdom is evacuating diplomatic staff from its embassy in Ukraine according to an update on the Foreign, Commonwealth Development Office(FCDO) website posted Monday.

The British Embassy in Kiev remains open and British nationals have been advised to avoid the separatist enclaves of Donetsk oblast, Luhansk oblast and Russian Crimea and British passport holders have been told to register their presence due to the growing threat of a Russian invasion.

The announcement follows a similar move by the US Embassy in Kiev, which announced late on Sunday that it had made the decision to authorise the departure of its staff in Ukraine “out of an abundance of caution due to continued Russian efforts to destabilise the country and undermine the security of Ukrainian citizens.”

On Monday morning, Ukrainian Foreign Ministry spokesman Oleg Nikolenko posted on Twitter that Kiev “respects the right of foreign nations to ensure the safety” of their diplomatic missions, but called the step “premature” and “an instance of excessive caution.” Ukraine has repeatedly brushed off the risk of a Russian invasion.