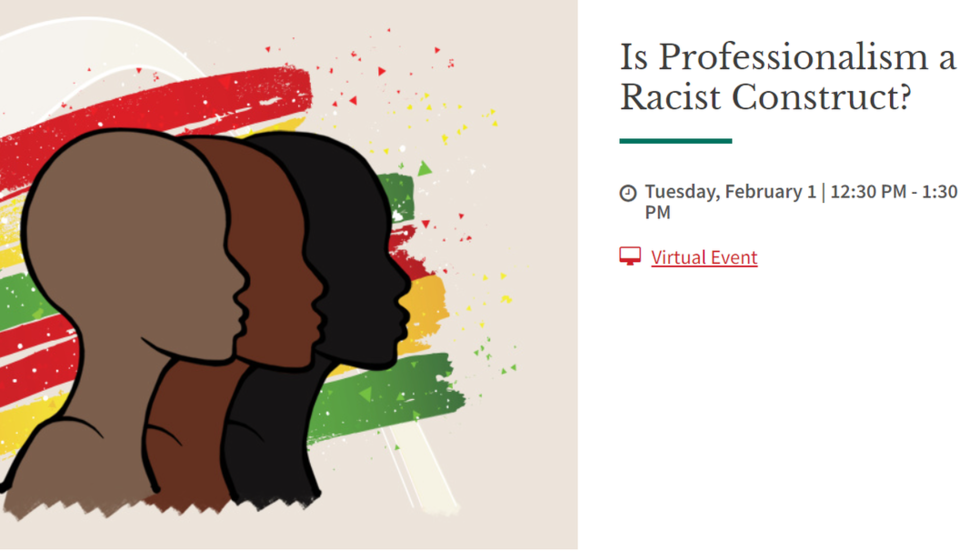 The Washington University in St Louis, Missouri is holding a virtual talk on February 1 the start of Black History Month in the United States. The topic to be debated on is the term “Professionalism” which normally refers to codes of dress, behaviour and etiquette in the workplace and it is deemed a racist construct.

On the American college website, it explains that “the term ‘professionalism’ has at times been used to silence and marginalise people of colour, when attributes of appearance, language or interactions that have nothing to do with job knowledge or constructive collegial relationships are labeled as ‘unprofessional.’ In this context, so-called professionalism is coded language, a construct that upholds institutional racist policies and excluding practices.”

The talk at Washington University will be given by Cynthia Williams, the school’s ‘Assistant Dean of Community Partnerships’ and Jewel Stafford, director of its ‘Racial Equity Fellowship Program’. The event, which kicks off the university’s Black History Month program, will also “explore dismantling white supremacy and privilege in varied contexts.”

There was another Social Justice initiative by the National Museum of African American History and Culture in 2020 when it suggested that “White constructs” like hard work, timekeeping, the nuclear family and planning for the future be dismantled. Critics have argued against the theory which by implication suggests that Black people do not have those traits.

Conservatives commentators have lashed out at these academic theories claiming that all these wokeness is replacing “responsibility and merit” in favour of “victimhood,” while another argued that “this sort of thinking and teaching does nothing but set people up for failure, if they adhere to it.”

Taiwan to get $1.1 billion in military aid The U.S. State Department has approved a potential $1.1 billion sale of...