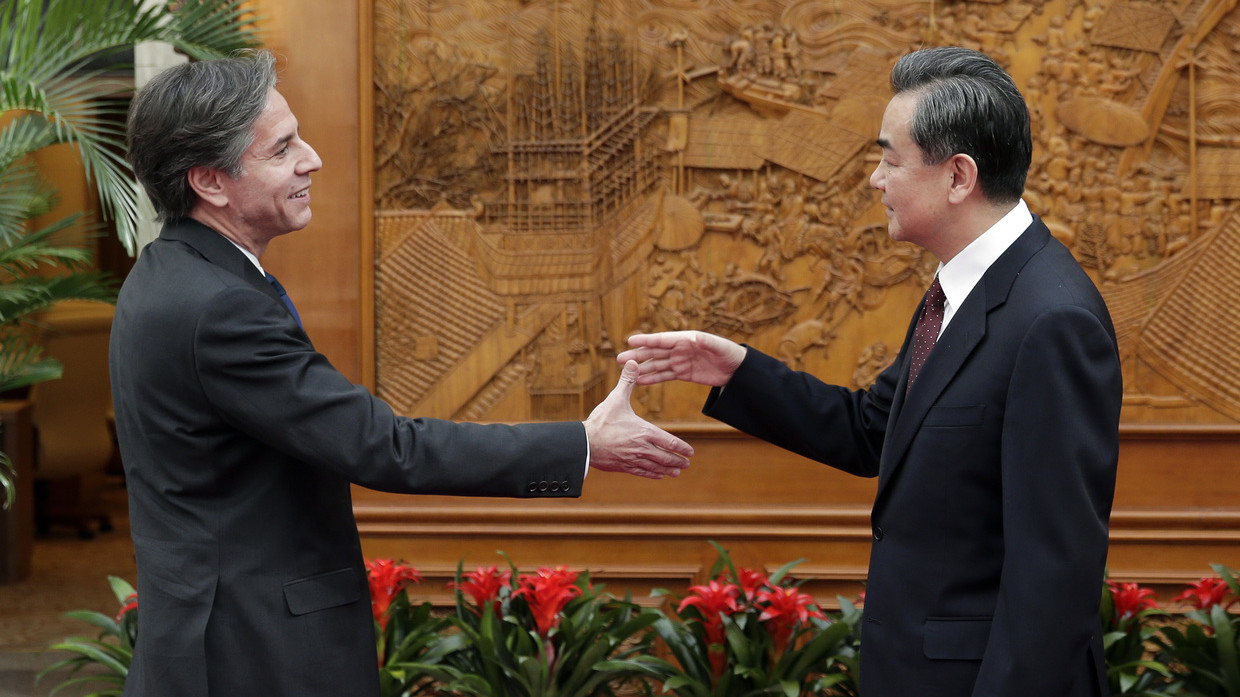 Chinese foreign minister Wang Yi advised his US counterpart Antony Blinken in a telephone call Thursday on calming down the tensions in Europe.

The US secretary of state was told that Russia’s security concerns must not be swept under the carpet and must be addressed.

“Today, in the 21st century, all parties must completely abandon the Cold War mentality and form a balanced, effective and sustainable negotiated European security mechanism. Russia’s legitimate security concerns must be taken seriously and addressed. The security of one country cannot be achieved at the expense of another.” Wang said.

The telephone conversation comes after the US delivered its response to Russia’s demands  NATO “will not compromise” on potential expansion into Ukraine, Georgia, and other former Soviet republics, as this clashes with its “core principles.” Moscow had submitted to Washington draft agreements that will guarantee European peace. NATO should refrain from military activity in former Soviet states.

In a press briefing Thursday Sergei Lavrov Russian foreign minister said. “There has been no positive response to our proposals.”

Kremlin spokesman Dmitri Peskov “There are and should always be prospects… for further dialogue,” he said. “It is in our interests and in the interests of the Americans. But as for the substantive dialogue on the draft documents, there are issues of a different nature, but I will not get ahead of myself.” Peskov said the Russian president Vladimir Putin will be studying the American response.

On wether the American response will be made public. Lavrov stated “It likely to become known to the general public in the very near future.” However, he added, “as our American colleagues told us, although they would prefer to keep it confidential, it has been agreed with all of the US’s allies, as well as the Ukrainian side. There’s no doubt it will be leaked in the very near future.”