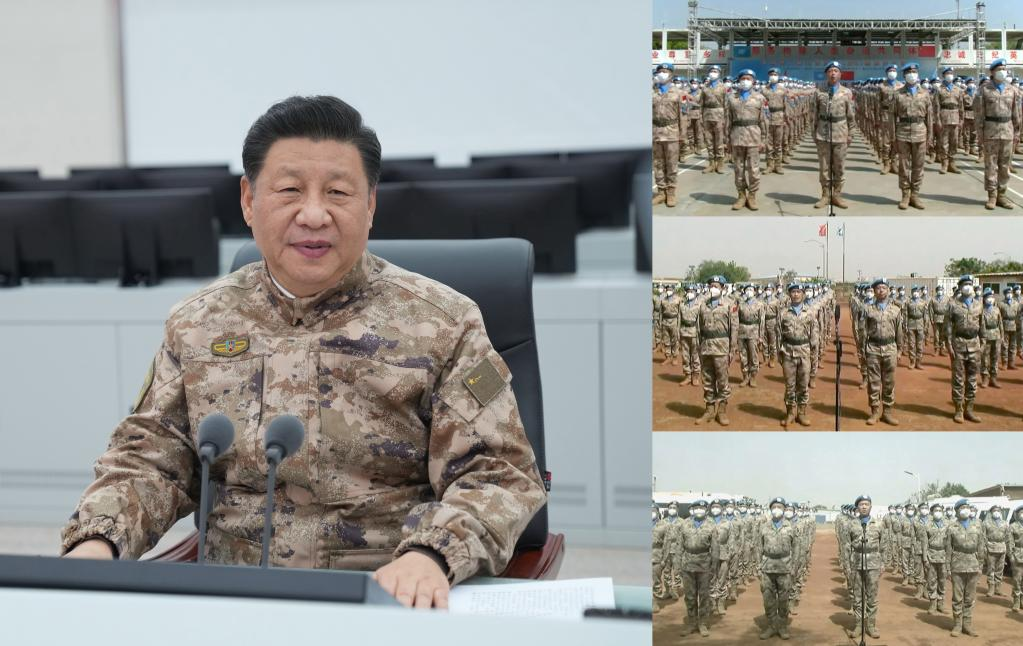 Urges them to play a bigger role in defending world peace.

He made the call while on a tour of the Central Theatre Command of the People’s Liberation Army (PLA). The Chinese president advised Chinese troops to maintain Covid 19 precautions and vigilance and he also sent Chinese New Year greetings to the PLA, People’s Armed Police Force, civilian personnel and members of the militia and reserve forces.

While accepting the achievements of the peacekeepers he stressed that all missions should be completed with excellence and with the Beijing Winter Olympics and the Chinese New Year days away, President Xi called on the armed forces to be ready to safeguard China’s security and social stability.