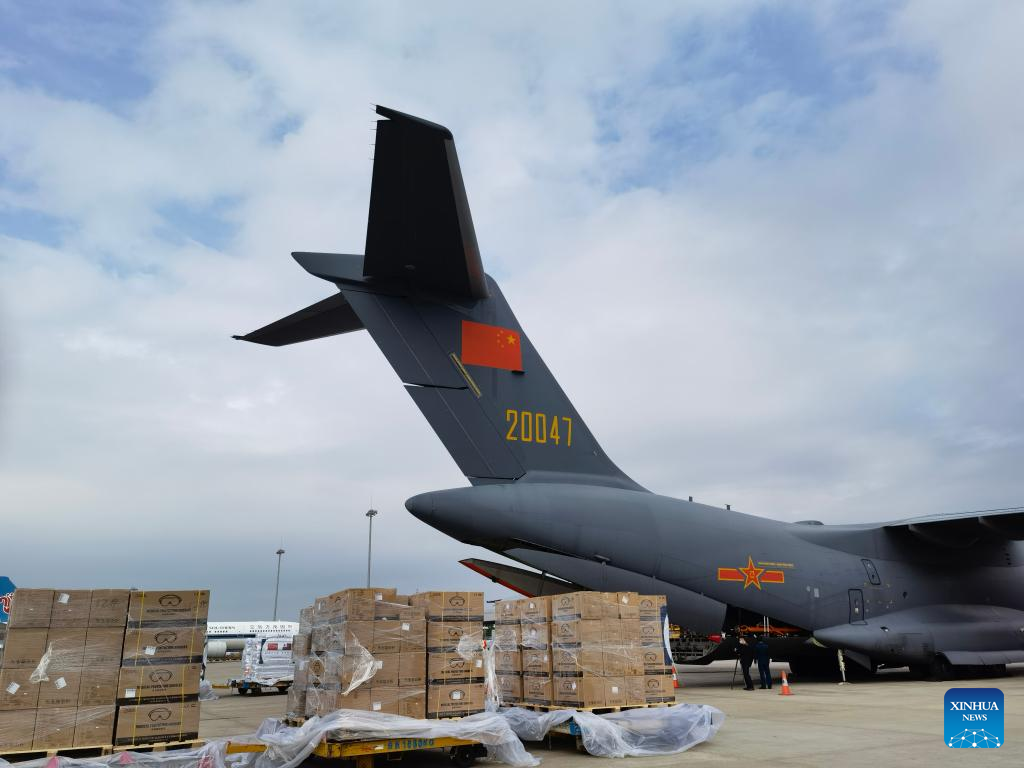 China has dispatched a fleet of People’s Liberation Army Air Force Xian Y-20 transport planes carrying much needed aid for the tsunami hit Tonga. The tiny island kingdom in the Pacific had suffered a volcanic eruption on December 20 and a tsunami on the 15th of January.

The supplies loaded onto the Y-20s at the  Baiyun International Airport in Guangzhou, south China’s Guangdong Province were food, drinking water, water purifiers, tents, prefab houses, tractors and radio communication equipment all more than 120 tonnes with more supplies to arrive by sea by early February.

The two military planes landed in the Tongan capital Nuku’alofa on Friday. They were warmly greeted by Chinese Embassy diplomats in Tonga and the representatives from the local Chinese community.

Tonga had requested aid from China and the Chinese military dispatched the two Air Force transport aircraft to deliver the relief supplies to the island nation despite adverse conditions such as volcanic ash.

The tsunami had a significant impact on part of the foreshore of Tonga, with boats and large boulders washed ashore and shops along the coast damaged. Three deaths have been confirmed so far.