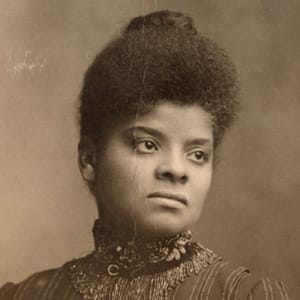 Mattel has released a Barbie Signature doll in the likeness of Ida B Wells in time for Black History Month. Ida was a famous activist journalist known for her courage in writing the truth about lynching of black males in the southern states of America. She also co-founded the National Association of Colored Women’s Clubs and the National Association for the Advancement of Colored People (NAACP).

Ida was born into slavery on July 16 1862 in Holly Springs, Mississippi she was emancipated at the end of the American civil war. After the death of her parents in a yellow fever epidemic. She moved to Memphis where she worked as a teacher and attended the historical black college Fisk University. Soon she co-owned and wrote for the Memphis Free Speech. Using investigative journalist skills she interviewed people associated with lynchings and black men suspected of raping white women. Her widespread anti lynching commentaries earned her widespread notoriety. At the age of 24, she wrote: “I will not begin at this late day by doing what my soul abhors; sugaring men, weak deceitful creatures, with flattery to retain them as escorts or to gratify a revenge.”

In one of her investigations she discovered that a white father angry that his daughter was having a relationship with a black man urged a mob to lynch the boyfriend so as to save the reputation of his daughter. In another incident a black man falsely accused of rape by a white woman was freed after spending time in jail because his accuser later confessed it was a lie. In 1892 Ida published an editorial in the Memphis Free Speech “That old threadbare lie that Negro men rape White women. If Southern men are not careful, a conclusion might be reached which will be very damaging to the moral reputation of their women.” That editorial turned two white owned newspapers against her in vitriolic editorials calling for her lynching. A white mob later burned and looted the offices of the Memphis Free Press. Luckily for Ida she was vacationing in New York and she never returned to Memphis.

In her book titled “Southern Horrors: Lynch Law in All Its Phases” She concluded that the lynching of black males with out trials and legal executions was an attempt to stifle Black economic and political emancipation. In 1895 she married Ferdinand Barnett a Chicago attorney and had six children. she tirelessly continued to fight for Black Emancipation until her death n 1931.