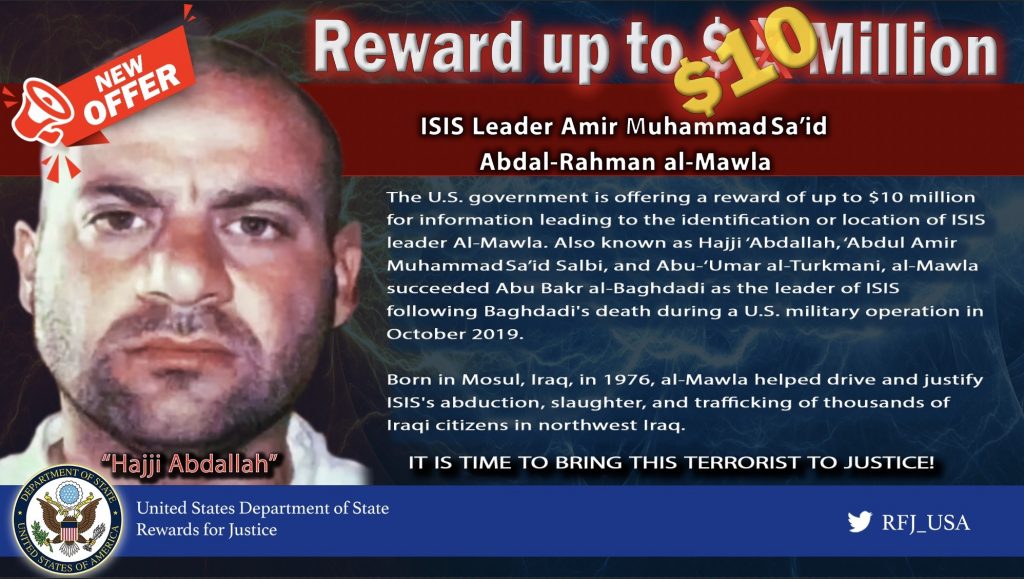 The Emir of the Islamic Caliphate Abu Ibrahim al-Hashimi al-Qurayshi has been killed in a US counter terror operation in Idlib province Syria. US president Joe Biden confirmed Thursday.

In the deadly US Special Forces operation, 13 people, including six children and four women, were killed in Atmeh, Idlib province northwestern Syria near Turkey’s border.

According to AP eyewitness report. “US special forces landed in helicopters and assaulted a house in a rebel-held corner of Syria, clashing for two hours with gunmen. Syrian rescue workers said at least 13 people including six children and four women were killed by clashes and explosions that erupted after the raid began, targeting a house in the Atmeh area near the Turkish border.”

In a White House press briefing President Joe Biden made remarks after the overnight raid made news headlines especially with reports of heavy civilian casualties.The British-based Syrian Observatory for Human Rights, said Thursday that at least 13 people had been killed, including three women and four children.

“Last night at my direction, U.S. military forces in northwest Syria successfully undertook a counterterrorism operation to protect the American people and our allies, and make the world a safer place. All Americans have returned safely from the operation. This operation is testament to America’s reach and capability to take out terrorist threats no matter where they try to hide,” Biden said. “We will come after you and find you.”

US officials placed the blame of civilian casualties on the terror leader. “In a final act of cowardice and disregard for human life, Hajji ‘Abdallah also known as al-Qurayshi detonated a blast, a significant blast killing himself and several others, including his wife and children,” one of the officials said during a call with reporters. “The blast was so large on the third floor that it blew bodies outside of the house and into the surrounding areas.”

At dawn after the operation a damaged US helicopter was seen and officials said it was not brought down but developed a mechanical fault as special forces exited the area. The helicopter was blown up by US forces.

Analysts are questioning why was the Islamic Caliphate chief living in a Western back rebel area and near the Turkish border? it could be recalled that Syrian government forces raids on terrorist havens in north western Syria always draws criticism. U.N. member state intelligence agencies have long warned Idlib, in particular, “remains a strategic location for [IS] fighters and family members, in particular as a gateway to Turkey.”