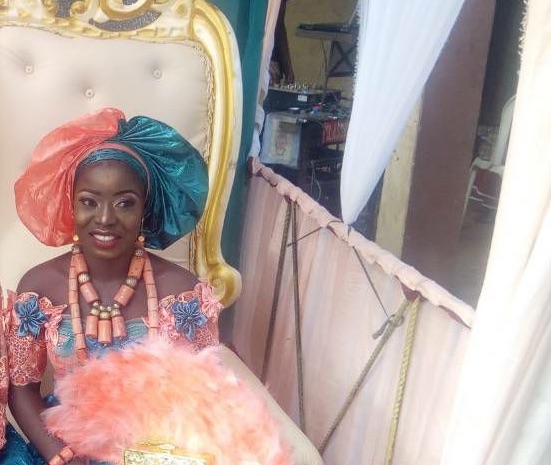 They are using “juju” to scare people

Two family members have been accused of stealing millions of naira from the family business according to an inside source.

The two family members, Onome Jaboro 30, based in Guadalajara, Mexico and Egwono Ovabor Omoijiade 35 based in Lagos allegedly weaved a complex web of lies and deceit when they took over administration of Alexander Jaboro Company (AJC) based in Coker Lagos as administrators in 2019. On assuming the positions they began putting their villainous plan into action.

A court award of 10 million Naira ( 5 million Mexican Peso or 2 million dollars) and hundreds of thousands of Naira of business profits were allegedly embezzled. When confronted by the family the excuse was given that money was used to pay bribes to Lagos State Government officials and used in expanding and improving the business. Other family members are alleging that the funds embezzled was utilised to build a house in Ogun state. A Felastory investigation reveals that before Onome left for Mexico after dropping out from Lagos State University (LASU) he was involved in full time international multi scheme fraud conspiracy, proceeds from which he used to build the house and finance his emigration to Mexico.

Egwono the purchasing officer for books, work uniforms and stationary according to the source refused to reimburse the business the profit from the sale of the items which runs into millions of naira. It is alleged that the profits were used to fund a lavish wedding in 2019. Even after the wedding, she has refused to move out of the family house due to proximity to the family business. Their mother even brazenly took over the front of the family house to sell her wares. According to family sources due to unparalleled greediness, family funds were embezzled to buy a deep freezer for her.

When the inside family source was asked why hasn’t the matter reported to the Economic and Financial Crime Commission (EFCC) he said. “Its family business. Can you report a family member to the police? When you ask for audited reports its becomes a problem. In a family of fourteen people only three people are benefitting from what our late father left. Nobody knows how much is in the family accounts. Even for them to provide bank statements it always turns to quarrel.”

Another family member (name withheld) said. “There has been numerous fetish objects left around the family house. The other day two black cats were sacrificed by unknown persons. We do not know if the place is cursed. Their mother sells her wares at the gate anytime I enter the compound she gives me the evil eye like an old witch.”

Nobody wanted their names published due to fear of retaliation. One family member who wanted to check the family accounts said she was subjected to “spiritual” attacks that made her give up her investigation fearing for her life.

Meanwhile reports are circulating that the current Lagos State Internal Revenue Service audit exercise is causing problems for them as they are unable to provide the family the reports that needed to be uploaded to the tax website. When family members are asked who is handling the tax audit exercise. “Egwono is the administrator but she has not shown the family what she submitted. All the business transactions and records are shrouded in secrecy. One day family members will wake up and they have converted the family business to their names with the help of their mother.” A sibling lamented.

This is a developing story………..