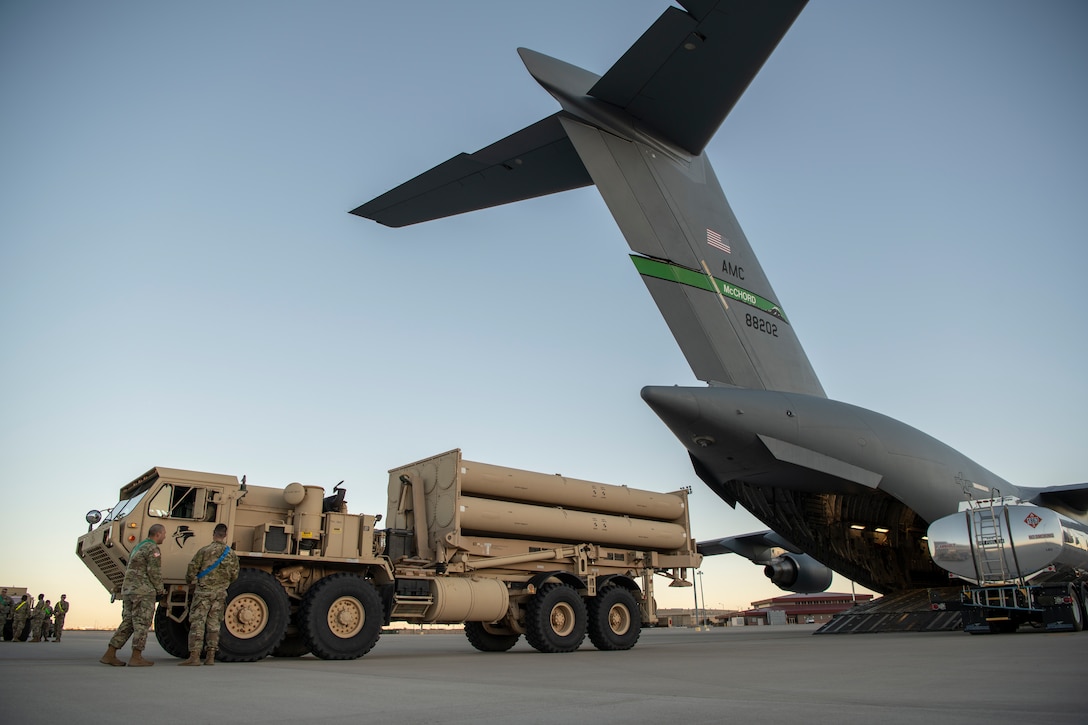 Ukraine has reportedly begged the United States to deploy the high altitude missile defence system in the eastern region near the Russian border according to a diplomatic source.

The deployment of of Terminal High Altitude Area Defense (THAAD) missile interceptors to Kharkov or anywhere in Ukraine for that matter will be a serious escalation of the crisis according to Moscow.

“The AN/TPY-2 radar system, which is part of the THAAD complex, is capable of watching the aerospace situation over a significant part of Russian territory and can allow Kiev and its NATO allies to ‘peek’ deep into Russian territory for a distance of up to 1,000km,” the source explained.

“This would be yet another step towards destabilizing the situation,” Peskov told reporters on Monday. In Kiev the foreign minister Dmitry Kuleba boasted on Monday. “Over these weeks and months we have received more than $1.5 billion, and more than 1,000 tons of arms and armaments,” he said.

US State Department spokesman Ned Price did not comment at a briefing on reports about plans to deploy the THAAD defence systems in eastern Ukraine.

“I can’t speak to moves that haven’t been announced that are hypothetical that may not come to pass,” he said responding to the question.