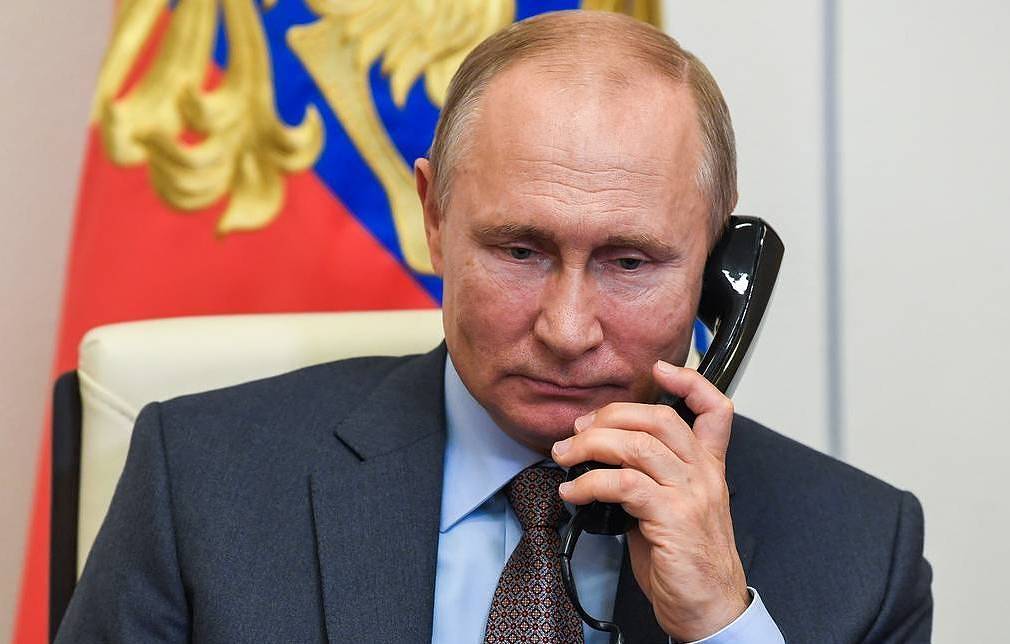 President Vladimir Putin of Russia spent two hours on the phone with Emmanuel Macron of France and and just under an hour with the American president Saturday.

There was no breakthrough.

Putin told Macron that accusations Moscow plans to attack Ukraine were “provocative speculation” and could lead to a conflict in the ex-Soviet country.

In a statement, the Kremlin accused Kyiv’s allies of sending “modern weapons” to the ex-Soviet country and being unwilling to force Kyiv authorities to implement Western-brokered agreements to halt a festering conflict in eastern Ukraine.

“Conditions are being created for possible aggressive actions of the Ukrainian security forces in the Donbass,” the Kremlin added.

Putin, who hosted Macron at the Kremlin last Monday, stressed that there was no reaction from the United States and NATO to Russia’s demands to provide security guarantees, the statement said.

Later the White House said Biden conducted the call from the presidential retreat at Camp David, Maryland, from 11:04 a.m. EST to 12:06 p.m. EST.

“President Biden was clear that, if Russia undertakes a further invasion of Ukraine, the United States together with our Allies and partners will respond decisively and impose swift and severe costs on Russia,” the White House statement said.

“President Biden was clear with President Putin that while the United States remains prepared to engage in diplomacy, in full coordination with our Allies and partners, we are equally prepared for other scenarios,” the statement added.

French officials told AFP that Putin wants an independent Ukraine that would remain out of the NATO alliance, something Western leaders have ruled out. Moscow has long insisted that NATO arms on its border would constitute an unacceptable security risk.