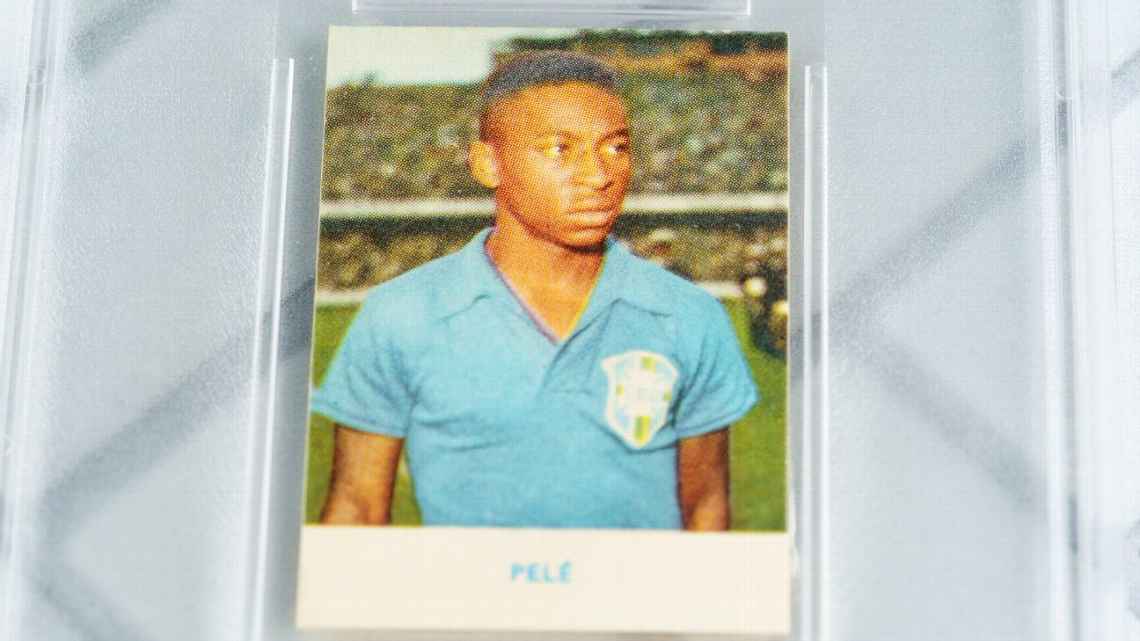 As the world prepares to watch the 2022 FIFA World Cup later this year, Pele remains undoubtedly the greatest to ever play the beautiful game of football when his rookie card became the first to cross the $1 million mark.

On Monday Rally Rd a fractional company will finalise the sale of a 1958 Alifabologet #635 for $1.33 million. Fractional companies like Rally Rd, Dibbs and Collectable offer shares than ownership. The Covid 19 pandemic has caused the collection of sports cards and memorabilia to flourish than never before.

“Soccer has gotten a lot of attention recently and this particular card has broken the record of ‘most expensive soccer card’ a couple of times,” says Rob Petrozzo, chief product officer and co-founder of Rally Rd. “It was issued during the 1958 World Cup campaign, the true Pele rookie, none graded higher: It’s kind of a holy grail for [soccer] cards.”

“It was once such a counterculture, under-the-radar sport compared to football and basketball [in collecting],” Petrozzo said. “For soccer to hit a million dollars, it’s a really important milestone and benchmark for the space.”

https://videopress.com/v/zuoM618O?resizeToParent=true&cover=true&posterUrl=https%3A%2F%2Ffelastory.com%2Fwp-content%2Fuploads%2F2021%2F10%2Fghaddafi_mov_std.original.jpg&preloadContent=metadata Before NATO intervention oil production was 1.6 million barrels per day After the intervention and overthrow of Colonel Muammar...

For starters, the image plastered all over mainstream media after Kim Jong Un allegedly lobbed a missile over Hokkaido (top...

Now that the dust has settled, the official narrative is in place, the alphanumerics cast. As the story goes, soldiers...

Unite the Right and Black Lives Matter are funded and managed by the Deep State. Now, the image of the...

CIA Director Mike Pompeo claimed Venezuela is overrun with Iranians, Hezbollah, Cubans and Russians in response to questions about Donald...