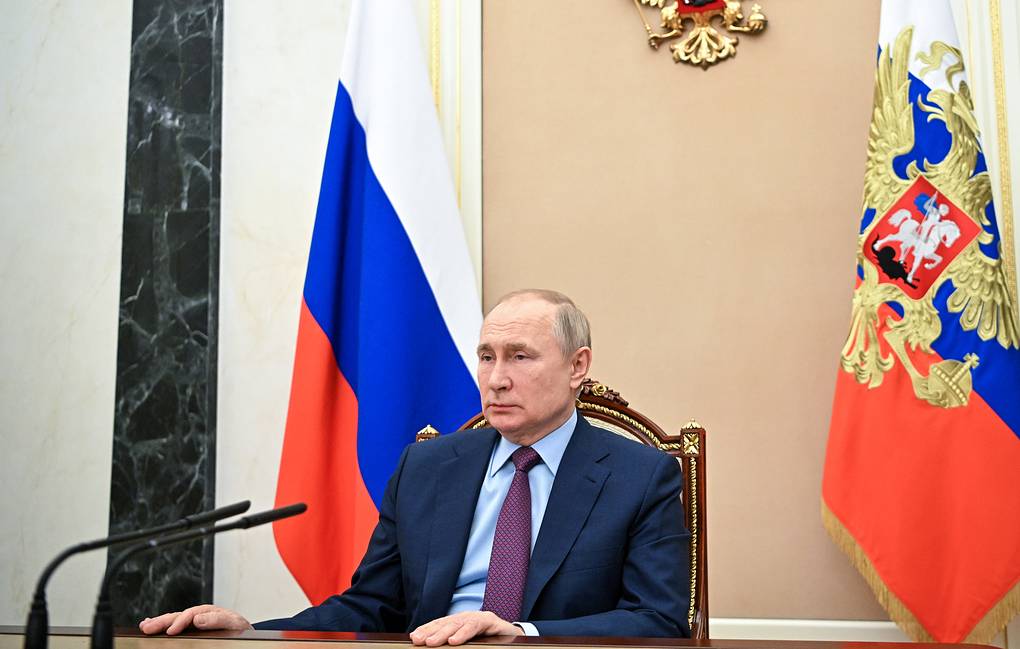 Russian Foreign Minister Sergei Lavrov met with President Vladimir Putin Monday to update the Russian leader on progress on talks with the West. While Defence Minister Sergei Shoigu  briefed the commander-in-chief of Russian forces on the readiness of Russian arms. Putin began the meeting by saying that NATO enlargement is “endless and very dangerous,” and said “I’d like to hear your analysis and your proposals concerning the reaction to the responses we have received from Washington and Brussels.”

Lavrov explained that the American reply had come in two parts. The first dealt with Moscow’s demands that NATO halt its expansion, cease to deploy weapons that could threaten Russia, and restore the “military-technical” configuration that existed in Europe in 1997, before the military bloc added several of its current members, including many former Eastern Bloc states. The second part of the US-NATO document, which concerned the principle of “indivisible security,” which Moscow has argued means that the alliance cannot expand at the expense of Russian security.

“On these questions, the answer is negative,” Lavrov stated. “This, of course, cannot satisfy us. Not one of my ministerial counterparts answered my direct message,” Lavrov reported. He said that European leaders had merely assured him, “don’t worry, we must continue the dialogue, the most important thing is de-escalation around Ukraine,” an answer that the diplomat called “disparaging.”

“We are warning of the unacceptability of endless conversations about questions that require a solution today,” he went on. “But still, as the Minister of Foreign Affairs, I should say there is always a chance.”

At the end of the briefing a 10 page document was formulated.

The Russian Defence Minister in a separate briefing told commander-in chief of Russian forces Putin that the large scale readiness exercises taking place all over Russia and in international waters was coming to an end.

Some of the exercises “are coming to an end” already, the minister added, with further events expected to conclude shortly as well. According to Shoigu, the Russian military honed its skills in various operational areas, training to counter potential adversaries in “both surface and underwater environments.”

Shiogu also briefed Putin about the US submarine incident on Saturday when a Virginia class nuclear sub was detected by Russian warships which the Pentagon denies.

“During the Pacific Fleet’s operations, as part of an exercise near the Kuril island of Urup, we detected a submarine, presumably that of the United States. Following almost three-hour operations, the submarine was expelled from the territory of the Russian Federation. Actually, it had ventured over four kilometres into Russian territorial waters, a large distance, by local standards. We conducted special operations three times and forced the submarine to leave Russia’s territorial waters.” Shiogu said.